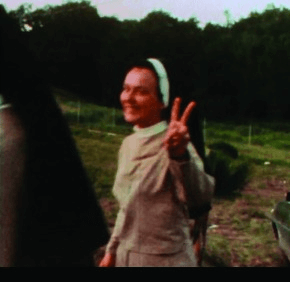 NAIROBI, Kenya – The body of Holy Spirit Missionary Sister Veronika Theresia Rackova, 58, director of St. Bakhita Medical Center in Yei, South Sudan, will be interred in Yei, not in Kenya as earlier planned.

Consolata Father Nicholas Makau, a Kenyan priest who has been actively involved in the burial plans for the nun, confirmed the information for Catholic News Service May 24.

Sister Rackova who was shot in Yei the night of May 16 while driving an ambulance after taking an expectant mother to the hospital. She died in Nairobi May 20.

Father Makau told CNS that a May 25 memorial Mass in Nairobi would be celebrate by U.S. Archbishop Charles Balvo, apostolic nuncio to Kenya and South Sudan.

“I have partly come to bring this case to the attention of those planning for the burial. Hopefully I will manage to convince those centrally involved on the matter,” including at least two religious orders and the Slovakian Embassy.

“She died … serving the needy of South Sudan,” he told CNS.

He also told CNS Catholics in South Sudan had forgiven the three soldiers charged in her murder.

“It was now up to the government to play its rightful part by ensuring that those soldiers are rightly punished” for her death, Father Sebit said.