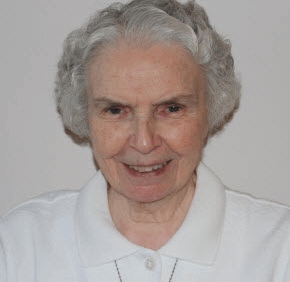 A funeral Mass for Daughter of Charity Sister Regina Loughlin was offered Jan. 5 at the Basilica of the National Shrine of St. Elizabeth Ann Seton in Emmitsburg. Sister Regina died Dec. 29. She was 92 and had been a sister for 75 years.

A native of Utica, N.Y., Sister Regina entered the Daughters of Charity in 1937.

She served as a secretary at the Daughters of Charity Motherhouse in Paris from 1969 to 1975 and from 1988 to 2003, Sister Regina ministered in pastoral care at Providence Hospital in Washington, D.C.

She earned a bachelor’s in English from St. Joseph College in Emmitsburg and a master’s in French from Rivier College in Nashua, N.H.