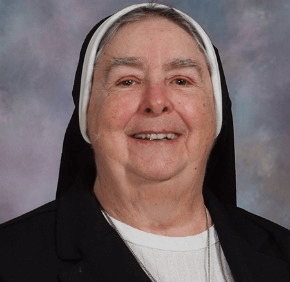 By Catholic Review Staff
A funeral Mass for Sister Phyllis Ann Greco, a Sister of St. Francis of Philadelphia, was offered Jan. 27 at Assisi House in Aston, Pa. Sister Phyliss was 85 when she died there Jan. 24.

Formerly Sister Mary Coronata, she was born and raised in Massachusetts, and entered her congregation in 1955. She earned a bachelor’s degree in history and a master’s degree in social work. After two decades teaching at schools in the Archdiocese of Philadelphia, she spent 15 years in the Archdiocese of Baltimore, where she served as director of social services at Villa St. Michael, and worked at Church Home Hospital, Harford Gardens Nursing Home and Alice Manor Nursing Home. She also ministered at St. Joseph Parish in Cockeysville and St. Stephen Parish in Bradshaw.

Her ministry included being a program director for Catholic Charities in the Archdiocese of Washington, D.C., and ministering in the Diocese of Arlington, Va. Last year Sister Phyliss moved to Assisi House, the congregation’s retirement residence, where she served in prayer and hospitality ministry.