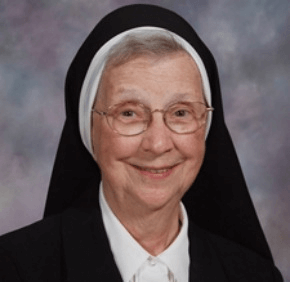 By Catholic Review Staff
A funeral Mass for Sister Theresa Kane of the Sisters of St. Francis of Philadelphia will be offered Feb. 8, at 11 a.m., at Assisi House in Aston, Pa. Sister Theresa died Feb. 3; she was 87.

A Philadelphia native, she entered her congregation in 1949 and professed her first vows in 1951. She earned a bachelor’s degree from what is now Mount St. Mary’s University in Emmitsburg.

According to Sister Dolora Taylor, also of the Sisters of St. Francis of Philadelphia and an administrative assistant at Immaculate Conception School, Sister Theresa enjoyed teaching math and taught religion “throughout every subject.”

Sister Dolora added that Sister Theresa was exceptionally patient with students and never raised her voice. Her non-verbal communication was quite effective, however, and earned her the nickname “Sister Look.”