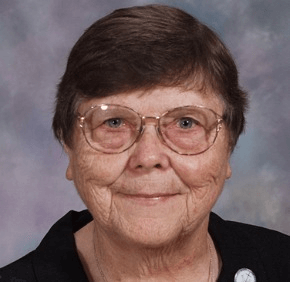 A funeral Mass for Sister Patricia Ellen Cosgrove of the Sisters of St. Francis of Philadelphia was offered Sept. 22 at Assisi House in Aston, Pa. Sister Patricia died Sept. 18. She was 85.

Born in Baltimore in 1930, Sister Patricia was a parishioner at the former St. Joseph and a graduate of The Catholic High School of Baltimore. She joined the Sisters of St. Francis of Philadelphia in 1949 and professed her first vows in 1952.

With a master’s nursing degree in psychiatric mental health from The Catholic University of America in Washington, Sister Patricia ministered primarily in healthcare, serving in Delaware, Pennsylvania, Virginia, New Jersey and Maryland.

In 1979, she spent three months in service to the American Red Cross on the Thailand-Cambodia border. She said she felt “called to respond the moment I saw those people on television.”

Sister Patricia served as a volunteer at Our Lady of Angels Convent, her congregation’s Aston, Pa., motherhouse, from 2004 to 2009. She became a resident of Assisi House in 2009 and served in prayer ministry until her death.