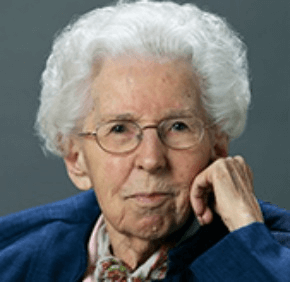 By Catholic Review Staff
A funeral Mass for Religious Sister of Mercy Maura Delaney was offered Dec. 9 in the chapel at Mercy Villa in Baltimore. Sister Maura was 96 when she died there Dec. 4.
A Sister of Mercy for 78 years, Sister Maura was born Mary Elizabeth Delaney in Davenport, Iowa, and raised in Pensacola, Fla., where she attended elementary and high school at St. Michael’s, a Mercy school where she would return to serve as principal.
Sister Maura had entered her religious community in Baltimore, where she professed her first vows in 1944 and spent one year teaching at the school at the former St. Bernard Parish. With the exception of a brief assignment in Georgia, she spent the next 60 years in Alabama and Florida, where she taught music and served as principal at three different schools. The Diocese of Pensacola-Tallahassee twice awarded her its Medal of Honor in appreciation of her dedication to Catholic schools.
Retired from active ministry, Sister Maura lived in Mobile, Ala., until 2006, when she moved to Mercy Villa. Fellow residents recall her taking a daily walk outside, until she was confined to a wheelchair.