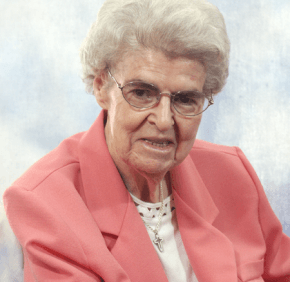 A funeral Mass for Sister of Providence Mary Eleanor Galvin is expected to be offered Jan. 5 in Indiana. Sister Mary died Dec. 21. She was 86.

A native of Massachusetts, she entered the Sisters of Providence in 1945.

Sister Mary served as principal of the former parish school St. Clement, Lansdowne, from 1978 to 1982.

Sister Mary, who was an educator for 41 years, also served at schools in Massachusetts, New Hampshire and Indiana.

In 1988, she moved to Indiana and served in pastoral care for Providence Health Care. She retired in 1999 and volunteered, working for the canonization of the congregation’s foundress. Beginning in 2004, she dedicated herself to the ministry of prayer.

Sister Mary earned a bachelor’s degree from St. Mary-of-the-Woods College in Indiana and master’s degrees from St. Michael’s College in Vermont and Emmanuel College in Massachusetts.