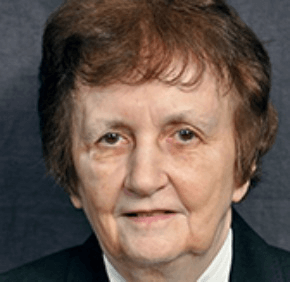 By Catholic Review Staff
A funeral Mass for Religious Sister of Mercy Mary Alvin Seubott was offered Jan. 10 at the Catholic Pastoral Center in Savannah, Ga. Sister Alvin died Jan. 6 at Mercy Convent, her community’s retirement home in Savannah. She was 82.

Born and raised in Baltimore, Sister Alvin attended the former Mount St. Agnes High School in Mount Washington, where her vocation took root and flourished. She entered the Sisters of Mercy upon her graduation, and wanted to take her father’s name, Alvin, as her religious name.

Her request was not honored until her mother’s careful research identified a St. Alvin.

Sister Alvin was first trained to teach elementary school, earning a bachelor’s degree from the former Mount St. Agnes College in 1958. She taught at the former Shrine of the Sacred Heart School in Mount Washington and both Villa Maria schools, currently in Timonium.

At Villa Maria, as well as at the former St. Mary’s Home in Savannah, Sister Alvin discovered her true calling – ministering in special education.

She earned a master’s degree in special education from what is now Loyola University Maryland, focusing her graduate studies on the psychology of emotionally disturbed children.

Sister Alvin became administrator of St. Mary’s Home in 1969, a position she held for 42 years while simultaneously advocating for children’s welfare at the legislative level.