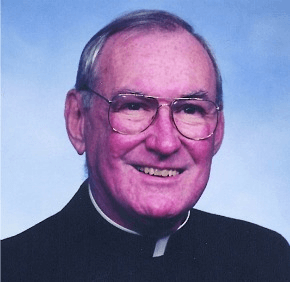 A funeral Mass for Holy Union Sister Marie Duerr was offered June 2 at Catholic Memorial Home in Fall River, Mass. Sister Marie died May 29. She was 85.

A Baltimore native, Sister Marie graduated from the Institute of Notre Dame before entering the Holy Union Sisters in 1947. She received a bachelor’s degree from Fordham University.

Sister Marie served as a teacher and administrator for 45 years in schools in Massachusetts, New Jersey, New York and Pennsylvania. In Baltimore, she was assistant principal of Mount de Sales Academy in Catonsville and principal of St. William of York School in Baltimore from 1984 to 1994.

After her retirement in 1994, she continued part-time ministry as an instructional assistant in Resurrection School, Ellicott City; St. Louis School, Clarksville; and St. Augustine School, Elkridge.

While ministering at St. Augustine, Sister Marie lived at Colonial Landing in Elkridge and conducted monthly eucharistic services for the residents. Before entering into full retirement, her last ministry was as a volunteer in the senior program at St. Leo in Little Italy.