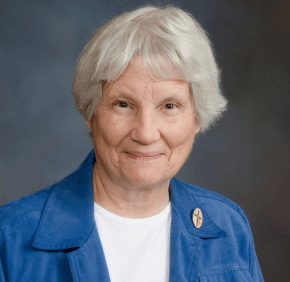 A funeral Mass for Sister Linda Anne Greenberg of the Sisters, Servants of the Immaculate Heart of Mary will be offered Dec. 2 at 11 a.m. at the IHM Center in Scranton, Pa. Sister Linda Anne died Nov. 28. She was 76.

Born in New Haven, Conn., Sister Linda Anne entered the Sisters, Servants of the Immaculate Heart of Mary in 1959, making her final vows in 1967. With a bachelor’s degree in music and master’s degrees in religious studies and elementary education, she served primarily as a teacher for the first half of her ministry, including at the former St. Rita School in Dundalk from 1982 to 1983.

Later, Sister Linda Anne ministered at various parishes from Maryland to Massachusetts in religious education, pastoral and musical capacities. From 2005 until she died, she was the chaplain for LIFE Geisinger at Our Lady of Peace Residence in Scranton.