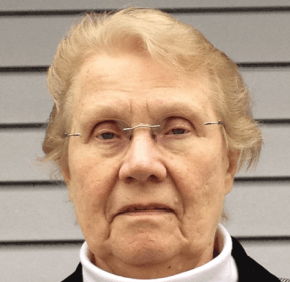 By Catholic Review Staff
A funeral Mass for School Sister of Notre Dame Julianne Spiess was offered June 20 at Villa Notre Dame in Wilton, Conn. Sister Julianne died June 16. She was 80.
Born in Brooklyn, N.Y., Sister Julianne professed first vows in 1953, first using the religious name Mary Rita. She taught in Maryland, New Jersey and Pennsylvania. In the Archdiocese of Baltimore, Sister Julianne served at St. Patrick School, Cumberland (1953-1960); Our Lady of Good Counsel School, Baltimore (1960-1963, 1970-1972); St. Wenceslaus School (1963-1969); and Catholic Community Middle School (1972-1973). She earned an education degree from the College of Notre Dame of Maryland in 1971.
Sister Julianne shifted her ministry to counseling and served at St. Jane Frances Learning Center in Riviera Beach in 1974, and was a nursing aide at Villa Maria in Glen Arm from 1974 to 1975. She was a counselor-consultant with the Archdiocese of Baltimore from 1976 to 1977 and a guidance counselor at Archbishop Keough High School in Baltimore from 1977 to 1984.
She then served as a pastoral associate at St. Mark, Catonsville (1984-86) and Church of the Resurrection, Ellicott City (1986-88), before returning to New York, where she served in parishes until shortly before her death.
To read more obituary articles, click here.
June 24, 2013 CatholicReview.org
PrevNext