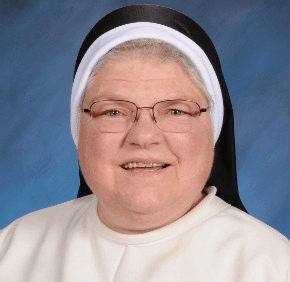 By Catholic Review Staff
A funeral Mass was offered May 26 for Sister Helen Veronica Hamill of the Sisters of St. Francis of Philadelphia at Assisi House in Aston, Pa. Sister Helen died May 21; she was 88.

A Philadelphia native, Sister Helen entered the congregation in 1946 and professed her first vows in 1949.

Shortly after joining the Sisters of St. Francis of Philadelphia, she ministered in education, including teaching at St. Elizabeth School in Baltimore.

Sister Helen ministered most of her life in healthcare, studying nursing at St. Joseph Hospital School of Nursing in Baltimore (St. Joseph Hospital has since moved to Towson and has become the University of Maryland St. Joseph Medical Center) and becoming a registered nurse in 1954. She served in the Archdiocese of Philadelphia for 54 years, including as an OR supervisor, ICU supervisor and ER supervisor.

Sister Helen retired in 2009 and served in prayer ministry at Assisi House until her death. She was predeceased by her sister, Sister Marguerite Joseph, also of the Sisters of St. Francis of Philadelphia.