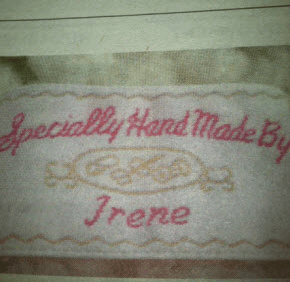 By Elizabeth Lowe
As the saying goes, “the difference between ordinary and extraordinary is that little extra.”
My great-grandmother had “that little extra.”
Irene Mundy was a wealth of knowledge, wisdom and a true lady. She taught me lessons about life, family and was a role model.
Born a mere six years after the turn of the 20th century, she was alive during the Titanic’s fateful maiden voyage, the early days of aviation, the stock market crash of 1929, the Great Depression, two world wars and incredible technological advancements.
She enjoyed a marriage that lasted 68 years and gave birth to one daughter. Her family grew to include two granddaughters and three great-grandchildren.
She didn’t travel far from her Cleveland home – besides the nearly two months she honeymooned in Florida – and didn’t learn to drive until she was an adult.
She calculated that over the years she prepared upwards of 25,000 dinners in her quaint, pink kitchen. It was there that she taught me, at age 3, how to wash dishes.
An art teacher, she crocheted and sewed clothes, including my grandmother’s wedding dress, blankets and elaborate Christmas tree skirts. She made homemade cards for every occasion and created elaborate-themed name cards for family meals.
When I was in college she crocheted a scarf for me – and made a list of 10 other uses for the scarf in case I chose not to use it for its intended purpose.
Severe thunderstorms terrified her, so she would hide under her bed until they passed.
Her best accessories were her smile, the twinkle in her eye and chuckle laugh. She was always ready to share an interesting story if there was a pause in a conversation.
She was witty, had a positive attitude and didn’t speak poorly about others. A favorite catchphrase of hers was “that’s life.”
She had a quiet faith, which she demonstrated in her actions toward others.
After my great-grandfather died in 1997 at age 93, my then-91-year-old great-grandmother moved to Baltimore. That same year she was diagnosed with and survived a bout with colon cancer.
For nearly 16 years my family and I visited her at Charlestown, the retirement community in Catonsville. She was an active member of the Charlestown community, attending ribbon-cutting ceremonies and countless activities.
It was there my great-grandmother, a woman from sturdy Bohemian stock, became a centenarian.
In her advanced age she developed mild dementia, which didn’t affect her spirit or outlook. Knowing her time on earth was growing short, she’d cock her head to the side and say “when I go there,” referring to heaven.
God called her home on March 16, four months shy of what would have been her 107th birthday on July 20.
It was in death that she took her first plane ride – the only way she would have agreed to it – home to Cleveland, where she was laid to eternal rest next to her beloved husband.
For more Amen columns, click here.
Elizabeth Lowe is a staff writer for the Catholic Review.
PrevNext