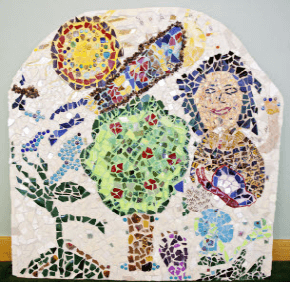 TOWSON – Up to a dozen women sew or make other crafts at a co-op twice a week at the Mission Helpers Center in Towson.

They are not stay-at-home moms or retirees.

These women – from Afghanistan, Ethiopia, Cameroon and other nations – have come to the U.S. legally to seek asylum.

Asylee Women Enterprise (A.W.E.), a Lutherville-based nonprofit organization that helps women seeking asylum, provides transitional housing and food. The nonprofit’s Sisters’ Co-Op gives the women and companionship and something to do.

She founded the organization in January 2011. It received nonprofit status in June.

The process of going from an asylum seeker to an asylee to a U.S. citizen can take six years. Sometimes, asylum can be denied and asylum seekers deported, Corbett said.

From 2010 to 2011, the U.S. had the largest increase in asylum seekers of any industrialized country, Corbett said, with nearly 90,000 coming to the U.S. Thousands have resettled in Maryland and Washington, D.C.

To receive assistance from A.W.E., women must have a valid asylum case and an attorney, Corbett said. Fifteen women are on its waiting list.

For now, A.W.E. assists only women and children.

Asylum seekers aren’t undocumented immigrants or refugees, Corbett said. Many have college degrees and were teachers or nurses, for example. They were likely persecuted, raped or tortured in their country because of their ethnicity, political or religious beliefs.

“Their piece of the immigrant pie gets lost,” Corbett said.

People seeking asylum are typically scared to return to their country for fear of persecution.

The nonprofit’s tagline – “She didn’t come for a better life, she came to save her life” – speaks to the issue, Corbett said.

“They had to come here,” she said.

With their basic needs met, the women “can focus on rebuilding their spirit,” Corbett said.

Through the A.W.E. Sisters’ Co-Op, founded in October, women sew or crochet items such as aprons, purses and iPad covers. They sell the items locally, including at farmers markets. They have made curtains and aprons for the Women’s Industrial Exchange in Baltimore.

Asylees in the co-op receive a stipend of $6 per hour for their work, Corbett said.

“It gives the women a place to go and be productive,” Corbett said, noting that the nonprofit and religious communities rely on donations to help the asylees and purchase materials for the co-op.

Asylum seekers at the Mission Helpers Center declined to be interviewed by the Catholic Review.

Benedictine Sister Kathleen White said her religious order – a partner with A.W.E. – has a tradition of hospitality.

“It kind of fits right in,” said Sister Kathleen, an A.W.E. board member. “It’s the Gospel. It’s been a real blessing for us to witness the courage (of the women).”

The Mission Helpers are no strangers to hospitality.

After the July 6 storm, a family without power from St. Gabriel, Woodlawn, stayed at the religious order’s Towson home for five days, said Sister Elizabeth Langmead, vice president of the Mission Helpers of the Sacred Heart and an A.W.E. board member. The religious order also offered freezer space to neighbors who lost their electricity.

“We do what we can because we’re neighbors,” Sister Elizabeth said.

The religious community’s work with the asylees has “really been an eye opener,” Sister Elizabeth said.

Despite the July 12 announcement of the religious order’s intention to sell the Mission Helpers Center in Towson (see related article on this page), Sister Elizabeth said she doesn’t expect the sale to impact how the religious community can help the women.

“We will continue to have room for the asylees, wherever we are,” Sister Elizabeth said.