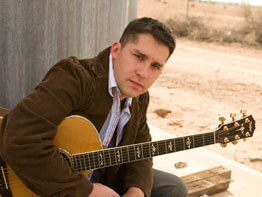 Nationally known Christian rock artist Josh Blakesley will perform at the Sept. 28 Immersed in God’s Love event at The John Carroll School in Bel Air. The event will feature an outdoor Mass and a concert with Mr. Blakesley and Jackie Francois. Single tickets are $5 and families pay $20. The event begins at 5:15 p.m.

The Louisiana-native appeared as a praise and worship leader at 1993’s World Youth Day in Denver. He released his first album in 2003 based on his experience with youth and ministry. He took time to answer a few questions for The Catholic Review.

Josh Blakesley: My passion, more than anything, is ministry. It comes from Scripture, where Jesus commissions his disciples to spread the good news and baptize the nation in the name of the Father, the Son and the Holy Spirit. Ministry is where my heart’s cry is, second would be music. What God has given me, I have to use to spread the Gospel.

CR: What is your typical audience?

JB: It’s a pretty wide range. I do a lot of teen-oriented events. Usually it becomes a family event with lots of parents there. When that happens, we tailor the event to include all those people. The great thing about our faith is that it speaks to all people, all ages. Jesus calls all of us.

CR: How would you describe your music?

JB: It’s probably more closely related to pop-rock. Somebody made a joke that Christian mainstream rock is pretty much stolen from U2. They just took U2’s style and made it their own. I think what I do is more Southern, pop-rock. I have some John Mellencamp, Eagles influences in the music I play.

CR: How does your Catholicism shape you as an artist?

JB: My mom and dad brought me to church every Sunday. That was just a part of life, part of growing up, you know, going to 11:30 a.m. Mass and to eat lunch afterward. When I was about 15, I really started to grab hold of my faith more. There was a longing for me to try to grab the liturgy, the Eucharist and the Gospel. That didn’t happen overnight. I still long for it, I chase after the Catholic faith pretty heartily.