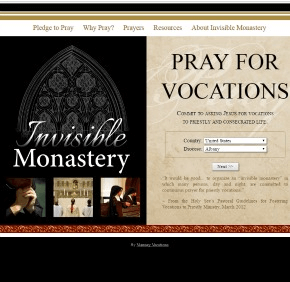 As it finds solid footing for the future, St. Joseph’s Passionist Monastery Parish is paying tribute to the past.

The St. Paul of the Cross Garden, dedicated Sept. 18, acknowledges the Passionist brothers and priests who arrived in Irvington in 1845 and left, 149 years later, in 2014.

“They had quite a footprint in the (Baltimore Archdiocese),” said Fred Schneider, a St. Joseph parishioner and former Passionist priest who served the parish as associate pastor, from 1976 to 1979, and pastor, from 1984 to 1986.

That footprint has become, symbolically, a footpath, constructed of bricks memorializing those Passionists who trod Baltimore and helped build up the Irvington neighborhood over the years.

The bricks, all purchased by parishioners for donations of either $100 or $200, depending on the size, also include names of laypeople who have sustained the parish and the mission of the Passionists at its helm.

The path, which runs along the east edge of the church and is flanked by perennials, leads up to a statue of St. Paul of the Cross, the Italian mystic who founded the Passionists in the 1700s.

St. Joseph’s Passionists Monastery, Irvington, includes the St. Paul of the Cross Garden honoring the Passionists order that once served the church, as well as family and friends of the parish.
(Kevin J. Parks/CR Staff)
Parishioners and visitors packed the garden as Passionist Father Robert Joerger, provincial superior of the order for the eastern United States, Canada and parts of the Caribbean, dedicated it in a brief ceremony following the 11 a.m. Mass he concelebrated with Father Michael Murphy, pastor of St. Joseph’s, as well as Father Gregory Paul and Father William Murphy, Passionists who served the parish in the past.

Donna Tippett, a parishioner for 40 years, gazed at the bricks as she remembered “happy times and sad times” connected to St. Joseph’s.

Father Paul married her and her husband, presided over the funeral of one of their children, and married other children.

“It’s a place to come home,” Tippett said of St. Joseph’s. “It’s really the people that are so caring and so welcoming.”

“It’s a close-knit group,” he said. “Some people might leave, but there’s always a bond that brings people back here.”

Father Murphy, who grew up in the neighborhood and served the parish as an altar boy, graduated from the nearby Mount St. Joseph High School. He became pastor in spring 2014, and according to Schneider, Tippett and other parishioners, St. Joseph’s financial health and attendance has since improved.

“People in the parish have been generous; I can vouch for that,” Schneider said.

“It has struggled for years, but new life has been breathed into the parish and has brought people together,” Tippett said.

After the Mass, Father Joerger acknowledged that Baltimore Archbishop William E. Lori had been “extremely wise in his choice of the kid down the block – Mike Murphy – as your pastor.”

“You brought so many people together in a place that’s been holy for many, many years, and you’ve infused it with new life by your leadership,” he continued, addressing Father Murphy. “So we Passionists thank you. It’s with a certain amount of pride that we can look out here and see what a certain amount of charism can do.”

From the 1800s to the 1930s, the Passionists established three successive churches on the grounds of their Baltimore monastery, each one larger than the last to accommodate the growing parish. Today’s majestic iteration – a stand-out in a city of outstanding churches – was dedicated in 1932.

A parish school, established in the late 1800s, became the parish school for nearby St. Bernardine in 1997, as previously reported by the Catholic Review, and was closed in 2010.

Father Murphy, who also serves as chaplain at Mount St. Joseph, said he was trying to increase his parish’s involvement with the surrounding West Baltimore neighborhood, which is struggling with poverty, addiction and related problems.

“The community we’re living in needs us deeply,” Father Murphy said, making an appeal to his parishioners following the Sept. 18 Mass. “We need to reach out to those whose crosses are heavy.”

He believes that drawing strength from the past will help St. Joseph’s to do so.

“(The Passionists) taught us to love,” he said in his homily. “How many of them took care of us – in funerals, baptisms, sick calls and communion calls – or came to talk to us when we needed someone to talk to?”

The prayer garden, he said, “is a living legacy to this place – to the love that was shown to us and the people who loved us.”

As his film debuts, Wahlberg finds time to praise priesthood in video

Passionists will no longer serve at Irvington parish