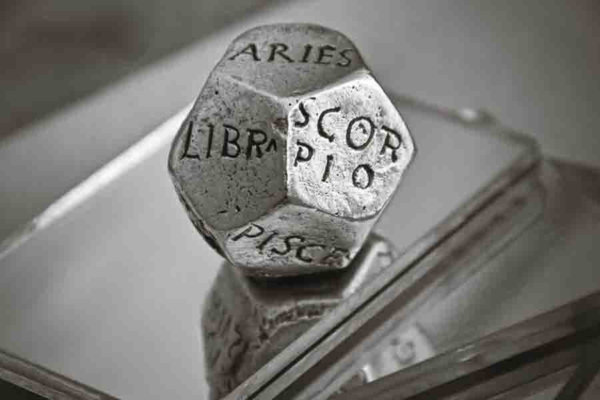 Speaking June 26, 2017, Pope Francis said the Christian life is a path along which men and women are called to be led by God rather than turning to psychics and horoscopes. (CR file)

VATICAN CITY — The Christian life is a path along which men and women are called to be led by God rather than turning to psychics and horoscopes in the hopes of knowing what lies ahead, Pope Francis said.

Like Jesus, who was stripped of everything and nailed to a cross, Christians are called to “strip” themselves of their securities and follow God’s call even though they do not know where it will lead, the pope said June 26 in his homily during morning Mass at Domus Sanctae Marthae.

“A Christian does not have a horoscope to see the future,” the pope said. “He doesn’t go to a fortune teller with a crystal ball or have his palm read. No, no! He doesn’t know where he is going. He is guided.”

The pope reflected on the day’s first reading (Gn.12:1-9) in which God calls on Abram to “go forth from the land of your kinsfolk and from your father’s house to a land that I will show you.”

From the Old Testament prophets to the New Testament disciples, following God always implied a call to set off and trust in God’s plan rather than remain “settled in too much,” the pope said.

The Christian lifestyle, “our style as a people,” he said, is that of journeying toward the promised land.

“We are men and women who walk toward a promise, toward an encounter, toward something — a land, God says to Abram — that we should receive in inheritance,” he said.

Trusting the Lord, he added, means being open “to the Lord’s surprises,” even those that are unpleasant, such as sickness or the death of a loved one.

However, Christians also must live with the confidence that no matter what happens along the way, God will bring them “to a safe place.”

Pope Francis said that in following Abram’s example, Christians can walk along the path of life praising God and blessing those they encounter along the way.

Christian life, he said, “is just that simple.”