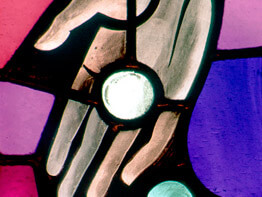 The practice of almsgiving “represents a specific way to assist those in need and, at the same time, an exercise in self-denial to free us from attachment to worldly goods,” the pope said in the message, released at the Vatican Jan. 29.

The theme of the message is “Christ Made Himself Poor for You.” Lent begins Ash Wednesday, which this year is Feb. 6. Easter is March 23.
Jesus recognized that material riches possess an enormous “force of attraction,” but he was resolute in confirming “how categorical our decision must be not to make of them an idol,” the pope said.

“Almsgiving helps us overcome this constant temptation, teaching us to respond to our neighbor’s needs and to share with others whatever we possess through divine goodness,” he said.

The Lenten season is a time of prayer, fasting and almsgiving, which aid in an “inward cleansing” that allows the Christian to welcome Easter with renewed spirit, he said.

The pope said he wanted this year’s message to reflect on almsgiving so that it would not be an empty, loveless gesture of philanthropy or an egotistical attempt for attention or applause.

“There is little use in giving one’s personal goods to others if it leads to a heart puffed up in vainglory,” he said. Christian almsgiving must be hidden and, as everything, “must be done for God’s glory and not our own,” he added.

He said countries where the population is mostly Christian have an even more urgent call to share “since their responsibility toward the many who suffer poverty and abandonment is even greater.”

“To come to their aid is a duty of justice even prior to being an act of charity,” he said.

The pope made special mention of those who particularly feel burdened by “the weight of the evil they have committed.”

Sinners can often “feel far from God, fearful and almost incapable of turning to him,” the pope said, but by reaching out to others through almsgiving “we draw close to God” and this can lead to “authentic conversion and reconciliation” with God and one’s neighbors.

Presenting the Lenten message at a Jan. 29 press conference, Cardinal Paul Cordes, president of the Pontifical Council Cor Unum, said this year’s papal message for Lent underlined the importance of the intentions, feelings and spirit of the person doing the giving.

“The value of our donation is not measured according to the numbers printed on the money,” he said. The value “does not hinge on the size of the wallet it comes out of, but on the thoughts and intentions that prompted the giving,” said the cardinal, whose office promotes Catholic charitable giving and distributes aid in the pope’s name.

Cardinal Cordes asked that donors also be aware of how much of their contribution goes to the intended project and how much goes to cover overhead and administrative costs. Better transparency is needed, he said, since some nonprofit charitable organizations might have “surprisingly high” overhead costs.

While Christians are urged to give to their favorite causes, whether they are Catholic agencies or secular nongovernmental organizations, church-based organizations almost always can keep administrative costs low, he said.

However, Catholic charities have something more to give than just handouts, Cardinal Cordes said; they also pay witness to God’s loving mercy.

Faith-based and secular charities can build needed shelters and feed the hungry, “but we can never overcome all the misery” that is out there, he said.

A kind of misery lies at the root of all poverty and neglect that only God’s word and Christian love can conquer, he said. Bringing true justice and peace through Jesus “is a dimension that only we Christians can bring to the world,” the cardinal said.