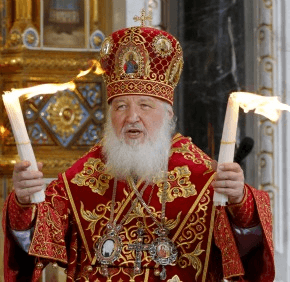 WASHINGTON (CNS) – The planned Feb. 12 meeting in Cuba between Pope Francis and Patriarch Kirill of the Russian Orthodox Church will be a historic event, those involved in ecumenical relations agree, but they contend the proof of the pudding will lie in the content of the joint statement the two church leaders are expected to sign at the end of their meeting.
No pontiff has ever met a reigning Russian Orthodox patriarch since the Great Schism of 1054, noted Paulist Father Ronald Roberson, associate director of the U.S. bishops’ Secretariat for Ecumenical and Interreligious Affairs. That in itself, he said, makes the visit historic in nature.
The trips made to Rome by Russian Orthodox Metropolitan Hilarion of Volokolamsk, director of foreign relations for the Moscow Patriarchate, and to Moscow by German Cardinal Kurt Koch president of the Pontifical Commission for Religious Relations with the Jews, laying the groundwork for the meeting likely also included items to be included in the joint statement, Father Roberson told Catholic News Service Feb. 7.
He said there would likely be language on the Middle East, where Christians of all stripes have fled the many war zones in a situation some Christian leaders have labeled a genocide. It also would probably deal with the issue of proselytism, long a sore spot for the Orthodox, which sees virtually any activity by members of any other Christian faith, including Catholics, as proselytism – the direct urging to join a new faith even if it means leaving your old faith – although Catholics and others consider that evangelization.
Although the Orthodox churches retain great autonomy in their respective regions, with their spiritual home in “Constantinople” – modern-day Istanbul – half of all Orthodox are Russian Orthodox, making any undertaking by them significant. Russian Orthodox also is the official church of Russia, with all other faiths considered sects requiring government permission to go about their business.
Among the 22 Eastern churches united with Rome – virtually all of which retain the liturgical forms of their Orthodox counterparts – the largest among them is the Ukrainian Catholic Church. There has long been enmity between Ukraine and Russia in both the religious and political realms. Many Ukrainians still seethe at what they call a forced famine by Soviet Russia in the 1930s. The two nations have long bickered over the supply and cost of natural gas from Russia for winter heating in Ukraine. The current fighting between Ukraine and Russia over a would-be separatist Ukrainian republic of Donetsk in the south of the country, and Russia’s annexation of Crimea two years ago, are just the latest tensions.
“I do not expect that the meeting of Pope Francis with Patriarch Kirill, planned for February 12, will bring any particular changes,” said a statement from Major Archbishop Sviatoslav Shevchuk of Kiev-Halych, head of the Ukrainian Catholic Church, issued Feb. 5, the date the meeting was announced.
“The meeting cannot be an end in itself, but must rather be an instrument, a necessary means for honest and open dialogue,” the major archbishop added. “I am, therefore, pleased, that we are no longer considered an obstacle and aren’t being used to justify one’s unwillingness to engage in such dialogue.”
“This meeting exemplifies why our pope has such faith in the power of dialogue,” said a Feb. 5 blog posting by Bishop Mitchell T. Rozanski of Springfield, Massachusetts, chairman of the U.S. bishops’ Committee on Ecumenical and Interreligious Affairs. He quoted Pope Francis from his meeting with the U.S. bishops in September: “Dialogue is our method. The path ahead, then, is dialogue among yourselves, dialogue in your presbyterates, dialogue with lay persons, dialogue with families, dialogue with society. I cannot ever tire of encouraging you to dialogue fearlessly.”
The meeting, two years in the planning, comes months before a Great Holy Council, a worldwide convocation of Orthodox leaders to be held in Crete that itself had been in the works for 40 years, according to Father Roberson. Bishop Rozanski noted it also “comes on the heels of the observance of the Week of Prayer for Christian Unity Jan. 18-25. With the announcement of this meeting, we feel renewed hope that those prayers are already bearing fruit.”
Archbishop Joseph W. Tobin of Indianapolis, Catholic co-chair of the North American Orthodox-Catholic Consultation, told CNS he was sensitive to “the sort of delicacies that are involved here. Besides a theological (sensitivity), there’s a whole geopolitical reality at work here, too.”
The archbishop said, “I would like to hear how from the Russian side, the ‘third Rome,’ speaks to the ‘first Rome,’“ noting the ecclesial progression from Rome to Constantinople after the schism, to Moscow given its current standing in the Orthodox world. “It would be interesting to hear just what the common ground Patriarch Kirill has found with the bishop of Rome,” Archbishop Tobin added.