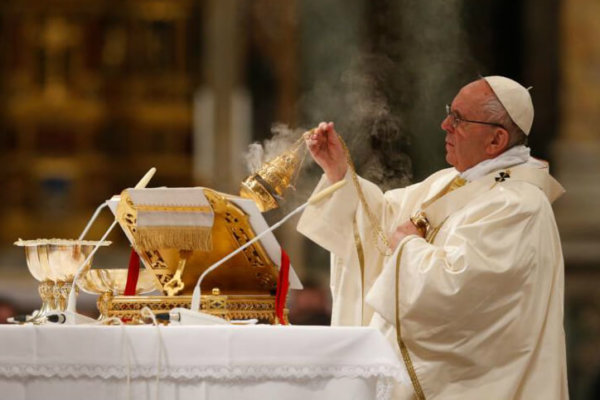 VATICAN CITY — Pope Francis will commemorate all those who have died in war by celebrating Mass at an Italian cemetery where thousands of American soldiers killed during World War II are buried.

The Vatican announced Oct. 6 that the pope will celebrate the feast of All Souls’ Day, Nov. 2, at the Sicily-Rome American Cemetery and Memorial in Nettuno, 45 miles south of Rome.

The Mass will commemorate “all who have fallen in wars,” the Vatican said.

More than 7,800 members of the U.S. military are buried at the 77-acre cemetery. Many of the soldiers died in 1943 during Operation Husky, the Allies’ campaign to liberate the island of Sicily from the Axis powers.

The Allied victory led to the toppling of Italian Fascist dictator Benito Mussolini and weakened Nazi Germany’s foothold in Europe.

After the Mass, Pope Francis will visit the Fosse Ardeatine monument, the site of a mass execution in which 300 Italian civilians were killed by Nazi troops in 1944.

Blessed Paul VI, St. John Paul II and retired Pope Benedict XVI have each visited the memorial and paid their respects to those murdered in the massacre.