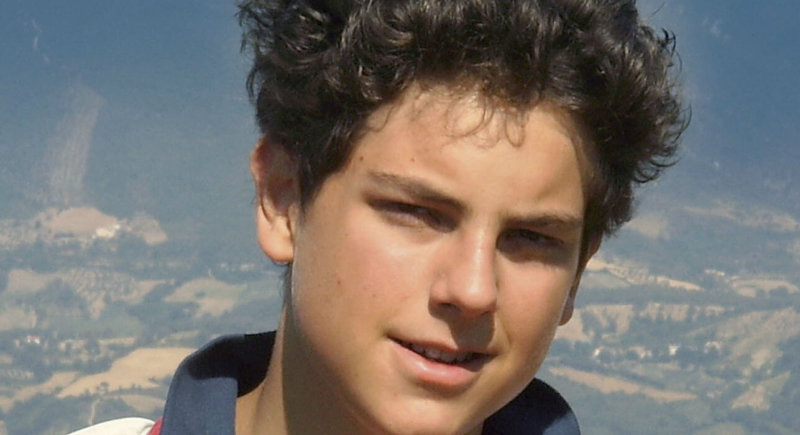 Carlo Acutis, who was born in 1991 in London and died in 2006 in Monza, Italy, has been declared venerable. The Vatican issued the decree advancing his sainthood cause July 5. (CNS photo/courtesy Sainthood Cause of Carlo Acutis)

At a meeting July 5 with Cardinal Angelo Amato, prefect of the Congregation for Saints’ Causes, the pope signed a decree recognizing the heroic virtues of Alexia Gonzalez Barros, who offered her sufferings from a malignant tumor for the church.

Gonzalez was born in Madrid in 1971. Her parents were members of Opus Dei and passed on their faith to their five children. She made her first Communion in Rome and the following day attended the weekly general audience May 9, 1979.

She ran up to St. John Paul II as he greeted pilgrims and received a blessing and a kiss from the pope.

Several years later, her life dramatically changed when doctors discovered a tumor that gradually paralyzed her. Throughout her illness, she offered her sufferings for the church and the pope and would often pray, “Jesus, I want to feel better, I want to be healed; but if you do not want that, I want what you want.”

Pope Francis also recognized the heroic virtues of Carlo Acutis, a young teen who used his computer skills to catalogue eucharistic miracles around the world before his death at the age of 15 due to leukemia.

According to the website of his canonization process, Acutis placed the Eucharist “at the center of his life and called it ‘my highway to heaven.'”

Before his death in 2006, Acutis offered his sufferings for Pope Benedict XVI and for the church.

The other decrees signed by the pope recognized the heroic virtues of:

— Giorgio La Pira, the former mayor of Florence and a member of the Third Order of St. Dominic. He was an advocate for peace during the Cold War and despite his stature in the international community, he lived in a small cell in the Basilica of St. Mark in Florence. He died in 1977.

Recognizing the heroic virtues of a person is one of the first formal steps toward canonization, or sainthood. In most cases, a miracle attributed to that person’s intercession is needed for beatification, the next step toward sainthood.