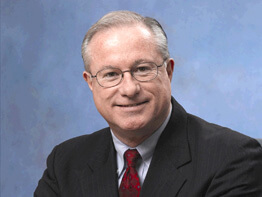 PITTSBURGH – Charles Dougherty, president of Duquesne University, said politicians should not be speakers at events such as commencement. He made the announcement in a recent letter to the school’s board of directors and other university leaders.

“Even if such a speaker steers clear of political content, it makes a political statement that we provided them an occasion and a platform – and one in which there is no possibility for dialogue or the expression of alternative points of view,” Mr. Dougherty wrote.

“This was not a decision about politicians speaking on campus,” he said.
Politicians can be invited to participate in appropriate settings. “By this I mean a forum or series in which alternative views can be aired at the same time or in reasonable proximity,” Mr. Dougherty wrote.

Similar rules apply to those chosen to receive honorary degrees and other university awards.

“These are substantive issues about the university’s values and their applications in particular circumstances,” he said.

The policy, which was reportedly approved last year, seeks to avoid the annual storm of criticism created when politicians and other speakers who have publicly taken positions in opposition to Catholic teaching are invited to address graduation ceremonies at Catholic colleges and universities.

What prompted Mr. Dougherty’s letter was a recent proposal to invite a speaker to address the Duquesne University Law School’s commencement this spring.

The list submitted for his approval included three politicians and the 2006 recipient of the John F. Kennedy Profiles in Courage Award, Alberto Mora, who is former general counsel with the U.S. Navy.

Mr. Dougherty approved Mr. Mora’s invitation, but rejected the politicians, who included Sen. Barack Obama, D-Ill.; Sen. John McCain, R-Ariz.; and Rep. John P. Murtha, D-Pa. Sens. Obama and McCain have declared their intention to run for president in 2008. Murtha has been an outspoken critic of the war in Iraq.

In his letter Mr. Dougherty said he believes “a high-profile partisan political figure is inappropriate for a commencement speaker,” and said anyone like that, including the three lawmakers he rejected, “is sure to offend large numbers in the audience.”

Students at the law school were circulating a petition to protest Mr. Dougherty’s decision.