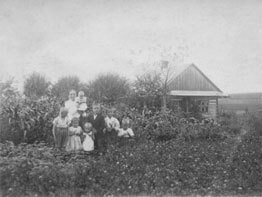 WARSAW, Poland – The Catholic Church in Poland is seeking the canonization of a peasant couple shot with their six small children for hiding Jews in their farmhouse during the Holocaust.

“This was a poor family, but a resourceful and hardworking one,” said Archbishop Jozef Michalik of Przemysl, president of the Polish bishops’ conference. “They knew sheltering Jews carried a death sentence and that several neighbors had already been executed for it. Despite this, they offered themselves – not even the children were afraid.”

Archbishop Michalik told Catholic News Service May 8: “This is a positive example for the new generation of how to behave worthily and do good, even at cost to oneself.”

The first stage of the canonization process in the Diocese of Przemysl for Jozef and Wiktoria Ulm has been completed. The two are among 122 Polish World War II martyrs whose sainthood causes are being coordinated by the Pelplin Diocese.

At various steps of the canonization process, evidence of alleged miracles is presented to church authorities. In general, two miracles must be accepted by the church as having occurred through the intercession of the prospective saint.

The Ulms, who ran a fruit orchard, were shot March 24, 1944, for sheltering eight Jews.

Poland’s National Remembrance Institute said it believed local Poles had tipped off the Nazis after Wiktoria Ulm, who was nine months pregnant at her death, bought unusual amounts of food at the village shop.