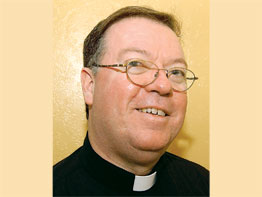 Mr. Caine added, “He is still a priest of the archdiocese and it is our hope that after careful reflection on his actions and his vocation, he will choose to return to healthy, full-time ministry as a priest of the Archdiocese of Baltimore.”

At the meeting with Archbishop O’Brien, Father Martin was asked to go on an extended retreat at a monastery in Latrobe, Pa., but, according to the archdiocese, he has declined to do so.