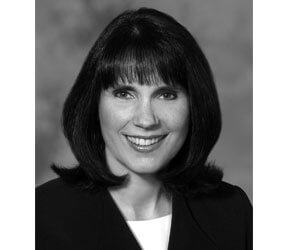 WASHINGTON – Six days after a scathing grand jury report was released alleging past sexual abuse by clergy and other church personnel in the Philadelphia Archdiocese, attorney Gina Maisto Smith got to work examining reams of archived archdiocesan paperwork.

Smith, a former sex crimes prosecutor in the Philadelphia District Attorney’s Office, was hired by the Philadelphia Archdiocese Feb. 16 to review personnel files of the 37 priests named in the grand jury’s report.

After an initial review, Smith recommended that Philadelphia Cardinal Justin Rigali place 21 priests on administrative leave. The cases concerned allegations ranging from sexual abuse of a minor to other incidents involving what the archdiocese termed “boundary issues” – discussions or behavior by a clergyman that might indicate a pattern leading to later abuse.

The priests’ placement on leave is not a final determination, according to a press release issued by the archdiocesan communications office.

Exactly one month after starting this job, Smith told Catholic News Service in a phone interview from Philadelphia’s archdiocesan offices that the large number of cases she reviewed in a short period of time was a “Herculean effort” only possible through the support of archdiocesan officials who made sure she had access to everything she needed – every file, folder and document.

“I moved with the urgency expressed by the archdiocese,” she said March 16.

The 50-year-old attorney and mother of five said she is “working as many hours in a day as I can” and is currently putting a team together to further assist with the review process. The team will likely include a forensic psychiatrist, a psychologist trained in treating sex offenders, a pediatrician expert in child-abuse injuries, a trained interviewer of victims and a victims’ advocate. She currently has the assistance of a group of lawyers and a paralegal from Ballard Spahr, the Philadelphia office of the law firm where she has worked for the past five years and is currently a partner.

Smith said the next phase of the review involving a “multidisciplinary approach of outside experts” will determine what priests can be returned to ministry and those who are found to be unsuitable for active priesthood.

Barbara Blaine, president of the Survivors Network of those Abused by Priests, known as SNAP, publicly criticized Smith’s hiring, saying the attorney, because she is Catholic, could not objectively review the reported cases of abuse by priests.

Smith does not buy that argument, pointing out that the city’s district attorney, Seth Williams, is also Catholic.

At a Feb. 10 news conference, Williams said that as a practicing Catholic, presenting the grand jury’s findings caused him discomfort.

“This isn’t a witch hunt into the Catholic Church,” said Williams, a member of St. Cyprian Parish in West Philadelphia. “The criminal acts that occurred here are not representative of my religion. They are the bad acts of individual men.

“I recognize all the good that the Roman Catholic Church has done and continues to do in the world,” he added. “But I am sworn to uphold the law, and I will do what is necessary to protect children.”

Likewise, Smith said her Catholic faith gives her the “voice to do the right thing” for victims and to be heard by outsiders, other Catholics and the archdiocese.

She also stands on her extensive experience, noting that it was her top priority for nearly two decades to “speak and give voice to victims of child abuse” and to “seek justice for all” in a fair and objective manner.

Her experience has not just been in the courtroom. She has also served as a domestic-violence protocol trainer for the Philadelphia Police Department, trained prosecutors about key issues in complex sexual abuse cases, and taught “Sex Crimes and the Law” at her alma mater, Temple University James E. Beasley School of Law in Philadelphia.

Williams said he respected the Cardinal Rigali’s choice of Smith to lead the effort to investigate the grand jury report. Williams also applauded the archdiocese for suspending 21 priests from active ministry until further investigation.

“Cardinal Rigali’s actions are as commendable as they are unprecedented, and they reflect his concern for the physical and spiritual well-being of those in his care,” he said in a March 8 statement.

At three mid-March meetings, the cardinal and Philadelphia’s four auxiliary bishops met privately with hundreds of three groups of diocesan and religious order priests to discuss the ongoing fallout from the clergy sexual abuse scandal that has rocked the archdiocese.

The grand jury handed down five criminal indictments against a former priest, three current priests and a former parochial school teacher. The five were in court March 14 for a preliminary hearing, which was recessed until March 25. One of the priests was not arrested on charges of abuse but on two charges of endangering the welfare of a child in connection with his role as the former archdiocesan secretary for clergy.

The Office of the District Attorney requested that charges of conspiracy be added to the original charges against all five March 11.

A further development in the abuse scandal was a local television report March 11 about an October 2003 form apparently used by the Philadelphia Archdiocese to prevent archdiocesan officials from reporting some information about alleged sex abuse by clergy to civil authorities. Any individual reporting alleged abuse by church personnel was required to sign the form. However, a close look at the form also included this line: “Unless I disclose information which is mandated to be reported.”

A spokeswoman for the archdiocese told CNS March 16 she was looking into the document.