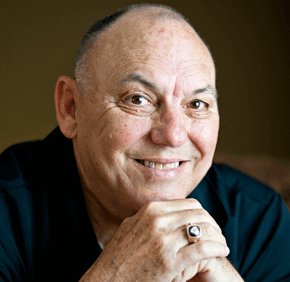 By Elizabeth Lowe
elowe@CatholicReview.org
Twitter: @ReviewLowe
ROSEDALE – Call it divine intervention or the work of the Holy Spirit.
Shortly after Thomas O’Hara verbalized his intention in 2005 to join the Knights of Columbus, an announcement was made at his parish, Our Lady, Queen of Peace in Middle River, that a council was forming there.
Within weeks the Pope John Paul the Great Council No. 13859 had formed and O’Hara was its charter grand knight, which he likens to being a chief executive officer. He is now the Knights’ state membership director.
In that role, O’Hara works to help form new councils, such as the recently established council at the Basilica of the National Shrine of the Assumption of the Blessed Virgin Mary in Baltimore.
“The more Knights we get the more charitable things we can do,” said O’Hara, a 66-year-old native of Baltimore who was a member of Archbishop Curley High School’s first graduating class, in 1965.
In addition to his involvement with the Knights and officiating amateur sports, O’Hara works full-time selling warehouse equipment.
“Tom’s a salesman and he’s a good one,” said Timothy McCubbin, a member of Council No. 13859 and the Maryland Knight’s Northern Region membership chairman. “It doesn’t matter what the product is, Tom is able to sell it and in this case it’s the Knights of Columbus. Tom is a man’s man, a down-to-earth individual.”
Their Pope John Paul the Great Council has grown from 30 to 108 members in eight years, O’Hara said.
“From being with other guys that are Catholic and strong in their faith, it’s made me think more about my faith and appreciate it,” said O’Hara, a husband, father and grandfather. “You don’t become a fanatic but you look at things in a different way.
“It makes you not only a better Catholic but a better husband and a better father.”
Before joining the Knights, O’Hara arrived at church minutes before Mass began and left when the liturgy concluded. Now, he lingers, for small talk or to help, such as changing light bulbs.
“They’re (the Knights) very active here, they do lots of things for the parish and they’re a very visible presence, which is a good thing,” said Father Kevin A. Mueller, pastor of Our Lady, Queen of Peace. “They’re definitely really important to us there.”
O’Hara said that service was not a part of his life before he joined the Knights. Now, he works to raise money for the parish and volunteers with Special Olympics, among other charitable activities, all while wearing a gold crucifix necklace and a Knights ring.
“I used to do everything for me,” O’Hara said. “Now, you help other people. Almost everything you do is to help someone else along the way.”
PrevNext