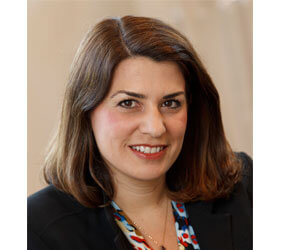 Most diplomacy is conducted privately and quietly at the Vatican, but in early June several events underscored the Vatican’s range of interests and the way it goes about influencing policy.

Pope Benedict XVI met June 9 with six new ambassadors from five continents, giving them a group talk and handing each a more personalized speech. These are not “one size fits all” discourses; what the pope said, for example, about the exploitation of natural resources in Ghana touched a nerve in a country where the recent discovery of oil and gas has led to a national debate over resource management.

Addressing the Syrian ambassador, the pope said civil unrest in his country underscored the urgent need for “real reforms” in politics, economics and social life. Those reforms, he added, should be achieved without intolerance and violence. His words could be seen as an indirect reproach to the Syrian government, which has cracked down on opposition demonstrators, leaving thousands dead.

Pope Benedict spoke to the ambassadors about what he calls “human ecology,” an environmental theme that has become one of the defining issues of his pontificate. One of his points was that technological advances alone cannot solve ecological problems, and indeed sometimes bring their own “social and ecological disasters.” He didn’t need to specifically mention Japan’s nuclear catastrophe – it was already in the minds of his listeners.

Papal speeches are important to Vatican diplomacy, but the Vatican works through other channels as well, both public and private.

Almost any day of the year, a Vatican representative is enunciating the church’s views in an international forum. On June 8, for example, a Vatican official addressed the U.N. International Labor Conference in Geneva and offered an analysis on how structural flaws in the global economy are preventing the creation of new jobs worldwide.

The Vatican has diplomatic relations with 178 countries, a number that has nearly doubled over the past 30 years. About 80 of those countries have their embassies in Rome, which makes the city an ideal listening post. That’s one reason why the U.S. Embassy to the Holy See has historically been one of the largest and most active diplomatic missions.

This summer, U.S. Ambassador to the Vatican Miguel Diaz is losing some key people as they rotate out to new assignments. One of them is Julieta Valls Noyes, who served as deputy chief of mission for three years and who, during a hiatus between ambassadors in 2009, prepared the visit of President Barack Obama to Pope Benedict. She’s going to Washington to assume a major position, deputy executive secretary at the State Department.

Last year, Valls Noyes saw her behind-the-scene role suddenly go public with the release of WikiLeaks cables from the embassy. The confidential reports covered topics ranging from sex abuse to Catholic-Anglican relations, and many had her name on them. One memo described the Vatican secretary of state, Cardinal Tarcisio Bertone, as a “yes man” unlikely to bring the pope bad news. (Cardinal Bertone said later he was proud to be the pope’s “yes man.”)

This was not pleasant reading in the Vatican Secretariat of State. In the end, however, publication of the cables did not do serious damage to U.S.-Vatican relations, mainly because they reflected a real desire to learn the Vatican’s positions and consider the impact on U.S. policy.

At a farewell reception in June, Valls Noyes explained why the Vatican is so important for international diplomacy. For one thing, she said, it has one of the largest diplomatic corps in the world.

The Vatican is also a place of confluence for social, political and religious issues like human trafficking, human rights, interfaith cooperation, peace initiatives and health care, she said. In addition to its official diplomatic arm, the Vatican includes innumerable agencies that deal with the ethical and practical aspects of these and other questions.

Rome is also a crossroads of church movements, lay groups and religious orders, many of which are actively engaged in international affairs.

For Valls Noyes and other U.S. embassy officials, one of the most rewarding areas of U.S.-Vatican cooperation has been on the human trafficking issue. The embassy has sponsored major conferences on trafficking and, more generally, on the role of faith communities in development.

“It’s been an amazing three years. If there’s one lesson I’ve learned, it’s that people of faith and good will can move mountains,” she said.

Diplomats tend to accentuate common ground, but naturally there have been differences between the Vatican and the United States over the past few years, too. For example, the Vatican is unhappy at the direction taken by the Obama administration on issues like stem-cell research, so-called “reproductive rights” and gay marriage. Those positions, in the Vatican’s view, derive from a failure to understand the transcendent value of human dignity as the fundamental basis of all human rights.

On issues such as immigration, the Vatican officials say the Obama administration has good intentions but has not achieved many results. In international affairs, the Vatican credits Obama with taking a more multilateral approach, but would like to see it broadened to include international mechanisms or institutions that give voice to smaller countries.

The Vatican’s views on such matters are generally communicated quietly in private meetings, but surface from time to time in public speeches.

The Vatican trains its own diplomats at a pontifical academy in Rome. On June 10, Pope Benedict met with students – all of whom are priests – and outlined their job description. Rather than learning diplomatic tricks of the trade, the pope said, they should need to be trained above all as witnesses of the Gospel.

If the outside world imagines Vatican diplomacy as Machiavellian realpolitik, the pope sees it differently. The qualities of a good diplomat, he said, are not cunning and craftiness, but honesty, consistency and respect for others.