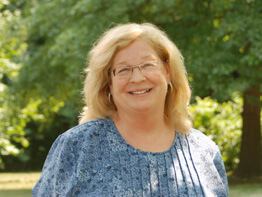 Demand for nurses far outstrips supply in Maryland, and the gap is growing.

That makes nursing one of the hottest career fields, and hospitals have stepped up efforts to recruit and retain nurses.

But colleges routinely turn away applicants for nursing programs, largely because of a shortage of nursing faculty.

“We have a severe shortage in nursing, and it’s predicted to get much worse,” said Katharine C. Cook, chairwoman of the nursing department at the College of Notre Dame of Maryland. “So there are a lot of people who want to get into nursing schools.”

“If you’re in practice, you earn a lot more than by teaching,” Ms. Cook said. “That’s probably the No. 1 issue in recruiting nurses to teaching positions.”

The number of students studying nursing increased 46 percent from 2001 to 2005, but 1,850 qualified candidates had to be turned away in the 2006-2007 academic year because of a lack of space in nursing programs, the Maryland Hospital Association says.

But the state last year approved more than $5.9 million to expand nursing education, and the move is expected to increase enrollment by 2,600 students over five years.

Nationwide, the U.S. Bureau of Labor Statistics projects, the shortage of nurses will mushroom by 2010 to nearly 500,000, leaving one of five nursing jobs unfilled.

At the same time, demand for care – and nurses – will soar as the population grows, baby boomers age and nurses retire.

St. Joseph Medical Center in Towson, for example, works with 11 colleges and universities in Maryland to provide bedside experience in which students work alongside instructors and nurses. And the hospital offers tuition reimbursement, singing bonuses and education at the hospital and online.

“We really nurture our students and young nurses,” Ms. Jamieson said. “The faith-based concept is very appealing to a number of nurses. When you’re talking about what we’re doing as a Catholic hospital, I think a faith-based organization such as ours is really leading with our values.”