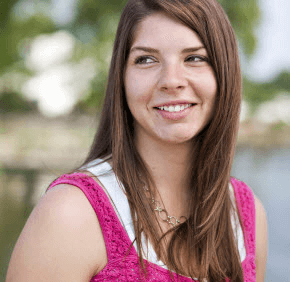 Two Notre Dame of Maryland University graduates are ready for the unknown as they embark on an international exchange program.

Lauren McCusker and Brianna January, recent graduates of the Baltimore college and the institution’s 2012 Fulbright Scholars, are heading to South Korea and Mexico, respectively, this summer to teach English during the 2012-13 school year.

McCusker, a Sparrows Point resident, was expected to leave the U.S. for South Korea July 3.

“I think right now in education there’s a push for having a global perspective,” said McCusker, 22, who majored in elementary education. “That’s what I wanted out of the experience. I wanted to see other teachers teach in the classroom outside of the United States.”

McCusker doesn’t speak Korean. Prior to her departure, she studied the Korean alphabet. Upon arrival in South Korea and before she begins teaching, McCusker plans to participate in a six-week orientation that includes language and culture classes.

When she returns to the U.S. next July, McCusker hopes to teach in Baltimore and earn a master’s of education.

“I look forward to working with students of an older age teaching English,” said January, 22, who double majored, in international relations and Spanish. “I’m also excited for the different research and service opportunities. I’ll only teach English for 18 hours a week.”

After her return to the U.S. next May, January hopes to work for a U.S. non-governmental organization in human rights, women’s rights or international development.

When interviewed, McCusker and January did not yet know what grade level they would teach or in which part of their respective countries they would live.

McCusker and January are not the only graduates of local Catholic colleges to receive Fulbright grants, as two from Loyola University of Maryland in Baltimore’s Class of 2012 did the same.

Montgomery County resident Emma Cogan, who majored in history and minored in philosophy, expects to teach English in Malaysia schools from January through October 2013.

Anna Nguyen, a Clifton, Va., resident, who majored in biology and minored in chemistry, expects to research cancer stem cells in malignant bone and soft tissue tumors at a Switzerland laboratory for one year beginning in August.

The prestigious and highly selective Fulbright grants are awarded to recent graduates, master’s and doctoral candidates and young professionals in the fields of writing, law and business, to live and teach in a country outside the U.S. for one year.

In 1945, according to the Fulbright website, Arkansas Congressman J. William Fulbright introduced a bill which suggested that revenue from the sale of surplus war materials fund the advancement of international goodwill through student exchange. President Harry S. Truman signed the Fulbright Act into law in 1946.