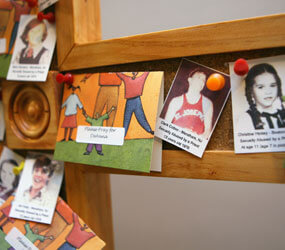 WASHINGTON – U.S. dioceses and religious orders received 505 new credible allegations of child sex abuse by clergy in 2010, a slight decrease from the previous year and a significant drop from the 1,092 new allegations reported in 2004, when the numbers began being tallied, according to a report released April 11 by the U.S. Conference of Catholic Bishops.

The report was prepared for the USCCB Secretariat of Child and Youth Protection by the Center for Applied Research in the Apostolate at Georgetown University from survey responses submitted by all but one of the 195 U.S. dioceses and eparchies (Eastern Catholic dioceses) and 156 of the 218 religious orders that belong to the Conference of Major Superiors of Men.

The CARA report was released in conjunction with the annual audit to review compliance by the nation’s dioceses with the U.S. bishops’ 2002 “Charter for the Protection of Children and Young People.”

CARA placed the costs associated with child sex abuse at $123.7 million for U.S. dioceses and eparchies and $25.9 million for religious orders in 2010, bringing to nearly $2.7 billion the amount spent by the U.S. Catholic Church to address clergy sex abuse since 2004.

In addition, dioceses and eparchies spent at least $20.9 million and religious orders about $1.6 million “for child protection efforts such as safe environment coordinators, training programs and background checks” in 2010, CARA reported.

The percentage of allegations against religious-order priests that have been unsubstantiated or determined to be false has remained relatively steady at around 10 percent since 2006.

Asked who had first reported the alleged abuse to the diocese or eparchy, more than half (52 percent) said the victim himself or herself had made the report. More than a quarter of the reports were made by an attorney, while the rest were made by a family member or friend, law enforcement officials or the bishop of another diocese.

But only 39 percent of reports to religious orders were made by the victim, while 32 percent of the reports came from a bishop or eparch and 21 percent were made by an attorney.

The charter approved by the bishops in Dallas in 2002 called for an annual report detailing the number and type of sex abuse allegations involving minors against U.S. clergy. The first report, issued in 2004, covered the year 2003.

The Diocese of Lincoln, Neb., was the only diocese or eparchy that did not participate in the 2010 survey. The participation rate among religious orders was about 72 percent.