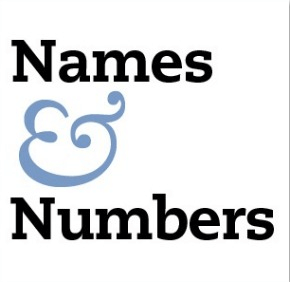 By Catholic Review Staff
Authors, leaders and scholarship recipients highlight this installment of Names and Numbers.
70
Maryland students with disabilities who will receive scholarship awards in honor of their achievements from the Michael Cardin Scholarship Committee of the Maryland Association of Nonpublic Special Education Facilities. Among them are Quamar Lewis, who attends Villa Maria School, a special education institution serving students ages 4 to 15. Quamar will use his scholarship money to attend Exploration Art School.
50

Middle school boys from 13 schools who attended the Curley Leadership Conference at Archbishop Curley High School in Baltimore May 17. The fifth- to seventh-graders participated in sessions on social skills, public speaking, event planning, athletic leadership, time management and positive leadership. The day culminated in the Curley chapel, where the participants learned about servant leadership and all activities were connected to the Gospel.
12
Years Jody Dobson, who is director of responsive services for the Franciscan Center in Baltimore, has partnered with the Ignatian Volunteer Corps. For working with two IVC volunteers at a time as she and her team interviewed potential Franciscan Center clients to determine their needs and then worked to meet those needs, Dobson was named the 2016 Ed Sommerfeldt Award recipient. The award is given to one individual who has enabled those within the IVC to more clearly recognize God’s presence and activity in the midst of everyday life.
5

Grade of students at the Trinity School in Ellicott City who closed out their lessons on the gods and goddesses of ancient Greece by assuming the roles of those gods and goddesses. Parents helped students craft realistic costumes and provided snacks akin to those enjoyed by the ancient Greeks, such as figs, dates and spanakopita. The students presented their gods and goddesses to their classmates, an activity which gave each the opportunity to practice sharing knowledge with poise and strength.
4

Consecutive years that St. John Regional Catholic School in Frederick received the “Best of Frederick” award in the religious schools category. St. John Regional is a Blue Ribbon School of Excellence, with students’ standardized test scores in the top 10 percent of the nation’s, as well as an Archdiocese of Baltimore STEM school.
It was bestowed the award this year due to the school’s new Makerspace Classroom including 3-D printing technology, successful PRIDE program and partnership with NorthBay Education Outreach Program.
3

Number of local co-authors – Dave Nodar, Ally Ascosi and Father Erik Arnold, pastor of Our Lady of Perpetual Help in Ellicott City – who wrote “Following Christ: Developing the Lifestyle of an Intentional Disciple.” The book leads readers through the basic disciplines that characterize intentional disciples, including daily prayer, “taking the Bible down from the shelf and really using it in your life,” the sacraments, forgiveness and living a life “empowered by the Holy Spirit.”
1st

Prize won by eighth-grader Sienna Fink at the Baltimore Science Fair held at Towson University in March. The student of St. Joseph School in Fullerton created her project, “When Your Christmas Tree Gets Drier, It Increases the Chances of Fire,” in response to the tragic fire that killed four children and their grandparents in southern Anne Arundel County in 2015. Sienna’s entry, which took top honors in the physical science division, also earned her a nomination for the Broadcom MASTERS Fair for Math, Applied Science, Technology and Engineering, scheduled for September in Washington, D.C.
Read more stories about Catholic education here.
PrevNext