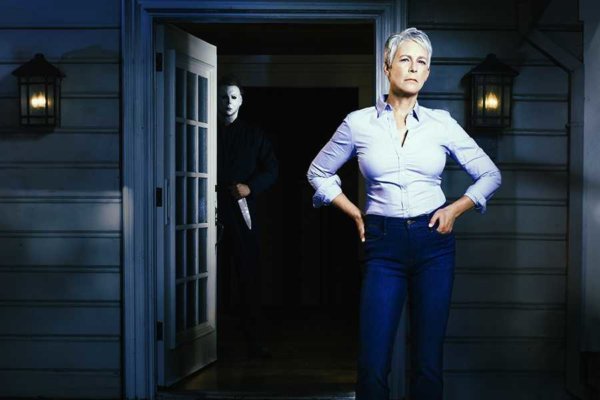 NEW YORK (CNS) — One of modern Hollywood’s most enduring horror franchises turns 40 this year. To mark the occasion, director and co-writer David Gordon Green presents us with “Halloween” (Universal), a direct sequel to the eponymous 1978 original.

Neither the anniversary nor the picture intended to salute it is any cause for celebration, however.

As with helmer and script collaborator (with Debra Hill) John Carpenter’s kickoff, things begin rather promisingly. Moviegoers of a certain age may recall the suburban peace and quiet, accented with autumnal beauty, with which Carpenter skillfully induced his audience to share in his complacent characters’ false sense of security before unleashing masked madman Michael Myers — (then, as now, Nick Castle) — on them.

Green, by contrast, gives us some interesting exposition concerning insecurity.

The opening scenes explore the enduring psychological effects on Laurie Strode (Jamie Lee Curtis), the intrepid sole survivor of the first of Myers’ many blood-soaked rampages, of that long-ago night of terror. As a duo of investigative journalists, Aaron Korey (Jefferson Hall) and Dana Haines (Rhian Rees), discover, after tracking the semi-recluse down, Laurie soon went into, and unapologetically remains in, survivalist mode.

What follows might have been a thoughtful study of the impact of evil across time and generations. Both Laurie’s grown daughter, Karen (Judy Greer), and teen granddaughter, Allyson (Andi Matichak) have had their relationships with her strained by her fears, self-imposed isolation and apparent paranoia, while Dr. Sartain (Haluk Bilginer), the psychiatrist who has had charge of the captive Myers for decades, has become obsessed with him.