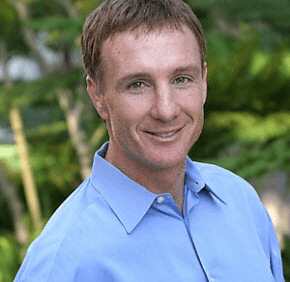 By Catholic Review Staff
Mount St. Joseph High School announced April 24 the largest gift in the school’s history.
Vincent ‘Vinny’ Smith, a 1982 graduate of the Irvington school, pledged $4 million to the school’s Campaign for Mount St. Joseph: Building Men Who Matter. Smith made his pledge to the campaign in conjunction with his Teach a Man to Fish Foundation.
The campaign is raising money to improve athletics on campus.
Phase I was completed in 2008 and included the construction of the school’s stadium, track, turf field and a pedestrian bridge which connects the academic and athletic sections of campus.
Phase II is in production and includes the renovation of the existing 30,000-square-foot gymnasium and the construction of a 58,000-square-foot athletic complex.
Smith, the former chief executive officer of Quest Software who started the new venture capital firm Toba Capital earlier this year, excelled in wrestling and football during his time at Mount St. Joseph, according to information from the school.
“It is wonderful to see an alumnus like Vinny make such a generous contribution to the school and create momentum to complete our capital campaign,” said George Andrews Jr., president of Mount St. Joseph, in a statement. “His pledge will help us further our mission to provide students every opportunity to succeed and creating men who matter both inside and outside the classroom.”
Smith’s pledge affords him naming rights to the new athletic complex, according to information from the school.
With Smith’s pledge, the total amount raised for Phase II is $14,403,632, according to information from the school. Mount St. Joseph’s goal is to reach $18.5 million to cover project construction costs.
Also see:
Mount St. Joe records big baseball win at Calvert Hall
April 24, 2013 CatholicReview.org
PrevNext