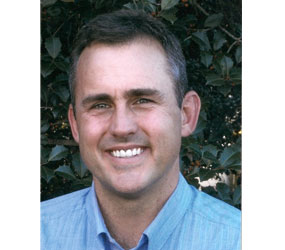 Kevin Wells could very well be a modern day Job.

In his candid memoir, “Burst: A Story of God’s Grace When Life Falls Apart,” Wells details how he rose above challenges – infertility, adoption fraud and the murder of his uncle – with faith as his compass.

Most dramatically, the parishioner of Our Lady of the Fields in Millersville takes people back to Jan. 2, 2009, when a vine of vessels in his brain burst. Bleeding surrounded his cerebellum as he awoke that night.

“I think a lot of times when we suffer, when bad things happen, it’s like God can love us ferociously,” Wells said. “He can love with boxing gloves. When his punches land, they land with hard shots of grace. It’s my opinion that God wants so badly for us to be in proper union with him. Sometimes he’s got to wake us up. He’s saying, ‘I’m not doing this to inject suffering into your life, but because I love you.’”

Clinging to his life, the vice president of Wells & Associates Inc., a masonry and construction company, found God in remarkable ways. As he faced death, Wells told The Catholic Review he was confronted with two things: facing judgment from God and that he could have loved better in his life.

He recovered through a series of events detailed in the book that some call miraculous.

“What I’m trying to do now is love better,” he said. “My prayer life was always decent, now it’s amplified. I’m trying to spread the faith more.”

“Burst,” published by Servant Books, has become one of the country’s best-selling Catholic books on Amazon.com, and the skills from his former profession are on full display. Writing a book about faith was not something he ever anticipated. But, his recovery following brain surgery left him bored and restless. He began to write of his struggles, including the fertility struggles he shared with his wife, Krista.

Knowing the Catholic Church’s opposition to in vitro fertilization, the couple sought the counsel of Kevin’s uncle, Monsignor Thomas Wells, who was serving Montgomery County’s Mother Seton Church in June of 2000. The priest comforted them with words of peace. As the couple left, Monsignor Wells told Krista “I’ll be there for you throughout it all.”

Two days later, Monsignor Wells was murdered in the parish rectory by a man ultimately sentenced to 42 years in prison.

Kevin and Krista have since adopted three children – Gabrielle, Sean and Shannon – who attend School of the Incarnation in Gambrills.

Kevin is trying to love better each day. He goes to Jessup Correctional Institute to do prison ministry every Tuesday, hoping to spiritually and mentally bolster those who are incarcerated.

He’s living his faith fearlessly and never taking anything for granted.

“I’ve always felt that being Catholic isn’t just about going to Mass,” Wells said. “You’ve got to be out in the world too. I’ve always felt compelled to get out there. They are hard scrabble, dirt under fingernails guys. I like being around them.”