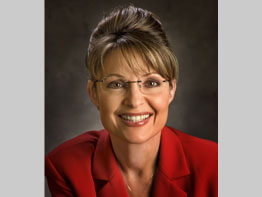 WASHINGTON – Alaska Gov. Sarah Palin, selected by Sen. John McCain Aug. 28 as his vice-presidential running mate, won the praise of Catholic leaders earlier this year for embracing the arrival of her fifth child, born with Down syndrome in April.

The Republican governor, who is a nondenominational Protestant, knew from early testing that her son Trig “would face special challenges,” according to a family statement, but she and her husband Todd felt “privileged that God would entrust us with this gift and allow us unspeakable joy as he entered our lives.”

The family’s decision stands in contrast to statistics showing that more than 90 percent of women who receive a prenatal diagnosis of Down syndrome choose to abort the child.

Recent polls had indicated that if McCain picked a running mate who supported keeping abortion legal it would have cost him a significant number of votes.

Although Palin, Alaska’s youngest and first woman governor, has been a strong supporter of pro-life issues, the 44-year-old governor’s name had not been widely mentioned on the list of potential vice-presidential candidates that included former Massachusetts Gov. Mitt Romney, Sen. Joe Lieberman, I-Conn., and former Pennsylvania Gov. Tom Ridge.

Palin accepted her selection as McCain’s running mate during a rally in Dayton, Ohio, calling the role the “privilege of a lifetime.”

McCain described her as someone with “grit, integrity and fierce devotion to the common good … exactly what we need in Washington today.”

Palin, who took office in 2006, came to the governor’s job after a stint in local politics as the mayor and council member of the small town of Wasilla and as chairman of the state Oil and Gas Conservation Commission, which regulates Alaska’s oil and gas resources.

Although she has pushed for ethics reform and has a reputation for standing up to special-interest groups, Palin also described herself plainly as a “hockey mom.” She likes to fish and hunt and is a lifetime member of the National Rifle Association. In 1984 she was named Miss Wasilla and was a runner-up for Miss Alaska.

Born in Sandpoint, Idaho, Palin moved with her family to Alaska when she was an infant. She graduated from Wasilla High School in 1982 where she was a point guard and captain of the basketball team and earned the nickname “Sarah Barracuda” for her tough style.

She received a bachelor’s degree in communications-journalism from the University of Idaho in 1987. Her husband is an oil production operator on Alaska’s North Slope. Their oldest son, Track, enlisted in the Army last year.

After Trig’s birth, Anchorage Archbishop Roger L. Schwietz told the Catholic Anchor, the archdiocesan newspaper, that Palin’s “actions are a public witness to the fact that every child is a gift. This is what the pro-abortion people don’t want to admit to.”

Mercy Sister Kathleen O’Hara who assists people with disabilities at the Joy Community of Providence Alaska Medical Center in Anchorage, likewise praised Palin’s decision, saying “people who had Down syndrome births were so thrilled.”

“It says a great deal for their deep and abiding faith that they knew they were going to have a hard road ahead and they were willing to do this,” she added.