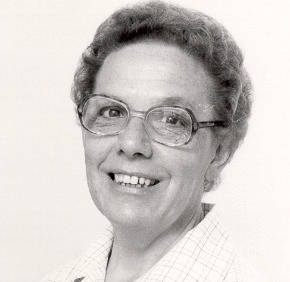 Maryknoll Sister Helen Scheel, a Baltimore native who taught in the western United States and returned to her hometown to work for a Third World advocacy project, died Jan. 4 at the Maryknoll Sisters Center in Ossining, N.Y. She was 87.

Sister Helen graduated from Shrine of the Little Flower School and The Catholic High School of Baltimore, and worshipped at Most Precious Blood Parish, all in Baltimore.

Entering the Maryknoll Sisters at their novitiate in Valley Park, Mo., in 1947, she was given the religious name of Sister M. Paul Gerard, and made her final profession of vows in 1953.

She earned a bachelor’s degree in education from Maryknoll Teachers College in 1955, and was assigned to the congregation’s U.S. Western Region. She served as a grades 2-8 teacher at San Juan Capistrano Elementary in California, 1955-1962; then became the school’s principal, 1962-1966. From 1967 to 1973, she served as local superior at Monrovia, Calif., and regional superior of the U.S. Western Region. She earned a master’s degree in adult education at California State University, Los Angeles.

In 1974, Sister Helen was assigned to the congregation’s U.S. Eastern Region for family ministry in Baltimore. Her service included working in the Adult Education Program of the Baltimore County Education Department until 1997. Over those years, she also worked at the Alliance for Justice, a third world advocacy project in Baltimore, funded by the Medical Mission Sisters.

Following her retirement in 1998, Sister Helen continued her involvement with justice and peace work and tutoring on a volunteer basis, until her return to the Maryknoll Sisters Center in 2007, where she lived until her death.

A vespers service will be held for Sister Helen Jan. 7 at 4:15 p.m. in the Chapel of the Annunciation at the Maryknoll Sisters Center. A funeral Mass will follow Jan. 8, at 11 a.m., also at the center.