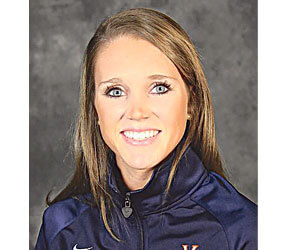 The family of Yeardley Love, who died May 3 at the University of Virginia, has established a memorial fund at Notre Dame Preparatory School in Towson.

The family hopes that the funds raised will go to build a turf field in her honor.

Love, a member of the school’s class of 2006, was a standout lacrosse and field hockey player there. She was also a strong student, leader and volunteer.

“We want to forever honor Yeardley and her contributions to Notre Dame as a student, athlete, and friend,” said Yeardley Love’s mother, Sharon, in a statement. “We believe that the new turf field will be a great tribute to Yeardley as future generations of students use it. Notre Dame was such a special place for both Yeardley and her sister Lexie, we are humbled that so many people would like to help NDP to memorialize Yeardley.”

A fellow Virginia student has been charged with first-degree murder in Love’s death. Family, friends, classmates, and the public have sought to pay tribute to her.

“We are honored that the Loves have chosen NDP as the place to remember Yeardley,” said School Sister of Notre Dame Sister Patricia McCarron, NDP’s headmistress. “Yeardley’s spirit will be ever present, inspiring present and future NDP students to be the best young women they can be on and off the playing field.”

The school estimated that the turf field project will require $1 million to complete. The school has reached about three percent of its goal thus far.

“Yeardley was the core of the personality of the team,” said lacrosse coach Mary Bartel. “She was our laughter … she always found an appropriate way to lighten things up. I don’t think there is a person in this building who couldn’t say her name without smiling. Yeardley loved NDP, and NDP loved her. She was a good soul and an outstanding athlete.”