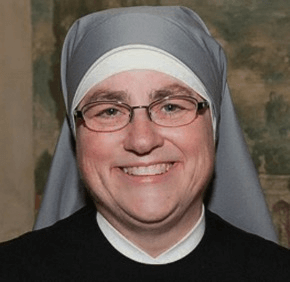 A few weeks ago, I received a New Year’s card that read, “This will be the best year yet.”

We Little Sisters of the Poor are fervently praying that 2016 will be remembered as the year we were able to return to our quiet lives at the service of the elderly after a happy resolution to our long legal struggle over the HHS Contraceptive Mandate.

Although we had never before involved ourselves in politics, in March of 2012 we felt compelled to publicly voice our opposition to the U.S. Department of Health and Human Services’ Contraceptive Mandate. Since then our convictions, based on Catholic teaching, have taken us from the District Court of Colorado to the U.S. Tenth Circuit Court, and finally to the U.S. Supreme Court, where our case will be heard in oral argument this March.

Along the way we have received hundreds of supportive notes, along with more than a few negative comments, including the following, often voiced with a note of disdain: “Why don’t you stop being so stubborn and just sign the form?” This question refers, of course, to the so-called “accommodation,” which the federal government hoped would silence all the conscientious objections to the mandate.

Form 700, more commonly called “the form” or “the piece of paper,” is not what a lot of people think it is. Contrary to how it is often presented, Form 700 is neither a simple declaration of conscientious objection, nor an “opt out” regarding the HHS Contraceptive Mandate.

Form 700 is a permission slip. Signing it would allow HHS to commandeer the infrastructure of our health care plan in order to use it to distribute abortifacients and contraceptives to our employees. In other words, signing Form 700 would involve us in formal cooperation with wrongdoing, which is never permissible under Catholic doctrine.

Not only would such cooperation with moral evil constitute grave sin on our part, but it would likely also cause scandal, leading others to sin as well. This is serious stuff, especially for women like us who are devoted to the service of the Church. Through our vow of hospitality we are bound, in the eyes of God and the Church, to upholding the sanctity of human life, from the moment of conception until natural death. Very simply, Form 700 involves the taking of innocent human life. That is why we cannot “just sign the form.”

Throughout the four years of this legal journey I have found courage by turning to the great cloud of witnesses that surrounds us on our earthly pilgrimage. Specifically, I often think of St. Thomas More, and of the Old Testament figure Eleazar.

The story of St. Thomas More is well known, thanks in part to the classic movie, A Man for All Seasons. Thomas More was imprisoned for refusing to sign an oath acknowledging Anne Boleyn as King Henry VIII’s legitimate wife and recognizing the king’s authority as head of the newly formed Church of England. A year later he was beheaded after famously proclaiming that he was “the king’s good servant but God’s first.”

Each time I watch A Man for All Seasons I am inspired by Thomas More’s responses to those who tried to persuade him to “just sign the oath.” Using the proverbial “everyone else is doing it” argument, the Duke of Norfolk suggests, “Why can’t you do as I did and come with us, for fellowship?” Refusing to compromise his convictions, Thomas responds, “And when we die, and you are sent to heaven for doing your conscience, and I am sent to hell for not doing mine, will you come with me, for fellowship?”

St. Thomas More’s daughter then pleads with him to consider the impact of his actions on the family, suggesting that he “take this oath with your lips, but think otherwise in your heart.” Again Thomas resists the temptation to fall into dissimulation. “Daughter,” he responds, “what is an oath but words you speak to God?” Obviously, St. Thomas More couldn’t “just sign the form.”

Thomas More’s integrity is indeed inspiring, but my favorite martyr of religious liberty is Eleazar, described in the Second Book of Maccabees as “one of the foremost scribes, a man advanced in age and of noble appearance.” As he faced torture and death because he refused to defile himself by eating the king’s food, friends of the old man pulled him aside and tried to persuade him to “fake it” by secretly eating his own provisions. But Eleazar feared the scandal he might cause the younger men by compromising the prescriptions of their faith, so he died honorably, proving himself worthy of his old age and “leaving in his death a model of nobility and an unforgettable example of virtue” (2 Mac 6:31).

I hope that these reflections help to clarify why we cannot “just sign the form” with regard to the HHS Contraceptive Mandate’s so-called accommodation. To do so would allow the federal government to commandeer our health plan. It could cause scandal by giving the example that it’s okay to ignore clearly stated Catholic doctrine. And it would no doubt lead to the taking of innocent human life through the use of abortifacient drugs. Inspired by Eleazar and St. Thomas More, we feel compelled to affirm that we wish to be good citizens and servants our nation’s elderly, but faithful daughters of the Church first.