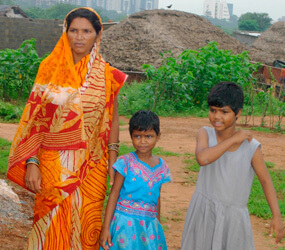 NEW DELHI, India – Catholic leaders welcomed the prison sentences a court has given to five people convicted of taking part in the August 2008 anti-Christian violence in India’s Orissa state.

“It is a good development. It will go a long way in meting out justice to our people,” Archbishop Raphael Cheenath of Cuttack-Bhubaneswar told the Asian church news agency UCA News July 28, a day after the court announced its decision. The prelate heads the Catholic Church in the eastern state.

Christians in the riot-torn villages in the Kandhamal district of Orissa continue to live in fear because many of the people who led the violence remain free, Archbishop Cheenath said.

“The convictions and punishment will embolden our people to go back to the villages and start life,” he said.

The archdiocese covers tribal-dominated Kandhamal, where most of the violence took place. Unrest began the day after Maoists gunned down a Hindu religious leader.

Hindu nationalist groups blamed Christians for the murder and went on a rampage, destroying the homes of Christians, churches and convents in retaliation. About 90 people died and about 50,000 were displaced, mostly Christians, according to Catholic leaders.

In June a fast-track court began hearing some 900 cases against Hindus charged with orchestrating attacks on the mostly peasant Christians.

Investigating officials have arrested about 680 people, accusing them of planning, abetting and executing the violence.

With its latest verdicts, the court has concluded six cases and punished six people, reports said. It has also acquitted 15 people because of a lack of evidence.

“The biggest problem we face is the threat to witnesses,” said Archbishop Cheenath, noting that some Hindus have issued death threats to people who dare to testify.

“We have taken some steps to protect the witnesses. We take them to safe places before the trial and counsel them to speak the truth,” the prelate added.

In light of this, he called the July 27 rulings “a big encouragement” for Catholics “who work hard to arrange legal help” for the victims.

Elsewhere, Divine Word Father Dominic Emmanuel, spokesman for the Delhi Archdiocese, said the court decision is “of course welcome, but the cases should be considered more seriously.”

Instigators of violence “should be punished severely so that it would be a lesson to themselves and others who spread sectarian hatred,” the priest said.

Montfort Brother Mani Mekkunnel, secretary of the Conference of Religious India, stressed the importance of the state being seen as “doing something to bring people to justice” in a speedy manner.

India’s judicial system normally “takes time in concluding cases, but this time it is a good move,” he said, adding that the court’s swift verdicts and sentencing “will help in normalizing the situation and reduce people’s frustration.”