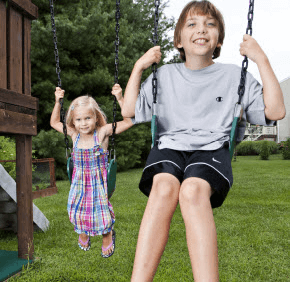 Now it’s time for love and romance! Last week I wrote the tragic column (check it out online) about cyber-bullying, how one boy’s bullying of a young girl led to her suicide. Since that column I’ve heard other stories about how bullies use the Internet to use and abuse others. Parents and grandparents, aunts and uncles, care-givers of all sorts, make sure you know what messages your teenager is sending and receiving! Some bullies hide out under the guise of being church-goers. Take nothing for granted. Protect your young people!

But, enough about tragedy. Let me tell you a love story. For those of you who have read one of my earlier books – “When Life Doesn’t Make Sense” (Cathedral Foundation Press) – you know that I dedicated the book to Susan and Craig Warnick. Susan was the cute cheerleader. Craig was the star athlete. They married. Craig, however, began to experience some distressing physical symptoms, and was diagnosed with brain tumors.

A then relatively unknown neurogsurgeon, Dr. Ben Carson, at Johns Hopkins Hospital, performed miraculous operation after miraculous operation to save Craig’s life. I recall him telling Susan once how he looked at one tumor on Craig’s brain and saw no way to remove it. He closed his eyes and prayed, and when he opened his eyes again he saw a small space that allowed him to remove the tumor.

Even miracles, however, don’t last forever. Eventually Craig died. Not, however, before Susan had had a baby! All her friends advised against it: “Why would you want to be a single parent?” And Susan, a woman of iron will and profound faith, replied that she wanted Craig to be able to pass on life.

Chloe was 5 years old when Craig died. Today she is 21!

During this time of stress and heartbreak, Susan never lost her faith. In fact, instead of turning to despair, she turned more deeply to her faith. She became a part of the Cursillo Movement.

For these past 16 years her girlfriends wanted her to date. She didn’t want to. They pressed her more recently to try an on-line dating service. Susan resisted for awhile, but finally gave in. As she feared, many of her early dates were looking for sex, not for a marriage. After each date, her girlfriend would call her and ask: “Okay. What’s wrong with this guy?” Each time Susan would tell what was wrong.

Susan realized that she was as afraid of love as she was of rejection.

They continued to date. Mike, too, is a man of faith. And also a hopeless romantic. On a trip he once sent a picture from a beach. He had made a heart on the beach out of sea-shells! And for Christmas he gave her a jar filled with all the sea shells from that picture.

To celebrate her birthday, he asked Susan if she would go with him to the Eastern Shore. I believe they stayed in Oxford. Separate rooms of course! They went out on the beach that evening. Absolutely no one else was there. It was the August moon – the Blue Moon! He then said to her: “I have a confession to make. I didn’t invite you here to celebrate your birthday. I invited you to propose to you. Would you marry me? Please say yes!” Susan said yes.

Since then, Susan has asked Chloe to be her maid of honor. She said yes. She even went shopping with her mother, and picked out a really expensive wedding dress. She said to her mother: “It really flatters your figure. If you don’t buy it, you’ll regret it forever.” I told Susan to listen to her daughter. I said I’d pay for it if necessary. I’ve ‘invested’ a lot of money in my life disastrously, and had no return at all. People spend thousands each year on psychotherapy. Wouldn’t love be worth a couple of thousand dollars?”

After spending the hour talking to Susan I called my sister, Helen, and told her that I had just spent an hour experiencing sheer joy. It’s a joy that was so intense that I don’t know if I ever experienced anything like it. I realized that in that hour with her, that I was in the presence of love. I realized I was in the presence of God. And I cried for joy, I’m not ashamed to admit that.

So, if you’re going through a rough time, keep the faith. Keep on loving. God is here. And joy will replace sorrow.