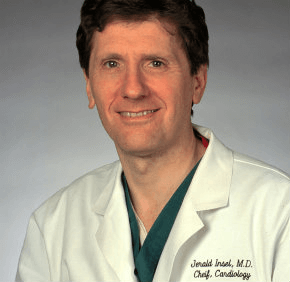 By George P. Matysek Jr.
gmatysek@CatholicReview.org
Twitter: @ReviewMatysek
Redemptorist Father Robert Wojtek had knots in his stomach at the mere thought of asking his congregation to make contributions to “Embracing Our Mission – Shaping Our Future,” the Archdiocese of Baltimore’s capital campaign.
Many of the parishioners of Sacred Heart of Jesus-Sagrado Corazón de Jesús in Highlandtown are newly arrived immigrants without much money. Others are lifelong East Baltimore residents, now retired, widowed or on fixed incomes.
“When I saw the goal of $170,000, I was very reticent about the whole thing,” the pastor remembered. “How in the world are we going to meet that?”
Father Wojtek and a team of volunteers began placing calls and making home visits. A few businessmen in the parish made substantial contributions right away, which helped the 1,500-family, bilingual faith community quickly meet its goal.
Then, something remarkable happened as modest donations from hundreds of parishioners began pouring in. Sacred Heart smashed its target goal by 500 percent as churchgoers pledged nearly $840,000.
“It’s just one here and one there and the volume of folks coming together,” Father Wojtek said. “The goodness of the people is overwhelming.”
Father Wojtek remembered that among the donors was an undocumented immigrant for whom he had written a letter to help her get a discount at a medical clinic. Although he had forgotten about writing the letter, the woman did not. She made a five-year pledge of $1,800.
“She wanted to help us because we helped her,” the pastor said.
Rene Quintanilla, 57-year-old co-chair of the parish’s campaign committee, noted that many of the donations are coming from families that are paying rent and sending money back to their home countries to support their relatives.
“Our people sacrificed so much to get to our number,” he said. “When you explain something that’s good, they want to be a part of it.”
Embracing the Mission – Shaping the Future is a $100 million capital campaign that has already been completed in 67 parishes, with others still implementing the fundraiser. As of June 28, more than $88 million in gifts and gift commitments has been raised.
The campaign will provide $50 million for Catholic education; $10 million for clergy retirement, vocations and ongoing care; $10 million for Catholic Charities, $7 million for the restoration of the Basilica of the National Shrine of the Assumption of the Blessed Virgin Mary and the Cathedral of Mary Our Queen; $3 million for evangelization and $20 million for direct parish support.
Eighty percent of the funds raised through parish campaigns are designated for the archdiocesan case elements, with 20 percent remaining in the parish. Once a parish reaches its goal, the percentages are reversed and the parish keeps 80 percent of what is raised beyond the goal.
Sacred Heart is using its share of the campaign to complete much-needed capital improvements. Unleveled flooring in the church has already been repaired. Other improvements, such as fixing broken kneelers and retouching paint, are being studied.
“My real dream is to fix up the old convent,” Father Wojtek said. “We need a new roof first, then asbestos and lead paint abatement. I’d love to see the chapel used for daily Mass.”
Joan Lewczak, a 72-year-old committee member and lifelong parishioner, said the campaign has had a unifying effect on the parish.
When St. Michael Church, a bilingual faith community in Fells Point, closed in 2011 and blended its congregation with the English-speaking Sacred Heart of Jesus, the transition was difficult – especially for older members of Sacred Heart, Lewczak said. The Spanish-speaking population of nearby Our Lady of Pompei was also invited to worship at Sacred Heart.
“If we are going to keep the church going, we have to work together,” she said. “I think people realized that. We are all after the same goal: to see the church stay strong. The church is important to all of us.”
Deacon James Clack, outgoing chief of the Baltimore City Fire Department and co-chair of the campaign, credited the hard work of dozens of volunteers and the “unbelievable” generosity of parishioners for the campaign’s success.
“God’s hand was with us from beginning to end,” he said.
Also in local news:
Six-year-old Catonsville ‘saint’ laid to rest
PrevNext