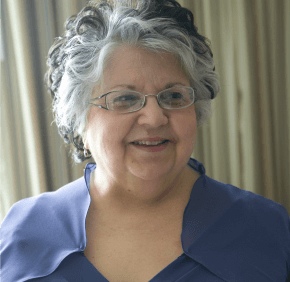 By George P. Matysek Jr.
gmatysek@CatholicReview.org
Twitter: @ReviewMatysek
Mary Jo Hutson, the driving force behind the development of a Catholic school program for students with documented learning disabilities in the Archdiocese of Baltimore, died May 9 after a five-month battle with brain cancer. She was 72.
Hutson, assistant superintendent of Catholic schools from 1998 to 2010, developed PRIDE (Pupils Receiving Inclusive, Diversified Education) in 1994 while serving as principal of St. Anthony of Padua School in Gardenville.
PRIDE initially operated at St. Anthony before expanding to other schools. Today, it is offered at St. Clement Mary Hofbauer School in Rosedale, St. Mark School in Catonsville and St. John Regional Catholic School in Frederick.
“The difference with PRIDE is that we recruit those with learning problems,” Hutson told the Catholic Review in a 2003 interview.
A major benefit of PRIDE, she said, is identifying learning deficits at an early age.
“The whole point is to get that student on track as soon as possible,” Hutson said, “and to monitor the strategies that the team puts in place for that student to progress.”
Dr. Barbara McGraw Edmondson, superintendent of Catholic schools, called Hutson an “outspoken champion for welcoming children with learning differences.”
PRIDE is Hutson’s “gift to all,” Edmondson said.
The superintendent remembered that her friend was “always there to listen and support” principals in her role as assistant superintendent.
“She cared about the well-being of her principals, knowing the great demands that were put upon them,” said Edmondson, a former principal of School of the Incarnation in Gambrills.
Born in Baltimore, Hutson became a Daughter of Charity after graduating from Seton High School in 1960. She served in education in New York and Washington, D.C., before leaving religious life in 1971 and marrying Lambert Clark Hutson in 1974.
Hutson earned a bachelor’s degree in education from St. Joseph College in Emmitsburg and a master’s degree in school supervision and management from what is now Loyola University Maryland in Baltimore.
Before becoming assistant superintendent in 1998, Hutson served six years as a teacher and 12 years as principal of St. Anthony of Padua School. She was a former director of religious education at St. Michael the Archangel in Overlea.
After stepping down as assistant superintendent, Hutson served as an administrative assistant for special projects at St. Joseph in Cockeysville.
Chris Hutson, one of Hutson’s four children, said his mother was a “very giving and understanding person” who never said an unkind word.
“She always put the needs of others before herself,” he said, noting that his mother helped found “God’s Little People,” the pre-school at St. Michael the Archangel.
Chris Hutson remembered that his parents, who had been married 40 years, supported many charitable initiatives and quietly paid the tuition for a student in need at Archbishop Curley High School in Baltimore without him ever knowing about it.
“Even though our family wasn’t rich, my mom was very generous with her time and money,” Hutson said.
Calling his mother his “best friend,” Hutson said he could tell her anything.
“She taught me how to be compassionate, caring, understanding and how to be a good parent,” he said. “Most of all, she taught me the importance of the three ‘Fs’ – friends, faith and family.”
Theresa M. Cox, Hutson’s daughter, said people have been “coming out of the woodwork” since her mother’s death, sharing stories of the impact she had on their lives.
“They are telling me how she held their hand when a child died or when someone went through a divorce,” Cox said. “I learned a tremendous amount from my mom from the way she lived her life and how she touched people so personally.”
A viewing will be held at Ruck Funeral Home in Towson May 14-15, 3-5 p.m. and 7-9 p.m. A funeral Mass will be offered May 16 at 11 a.m. at Church of the Annunciation in Rosedale, Hutson’s home parish.