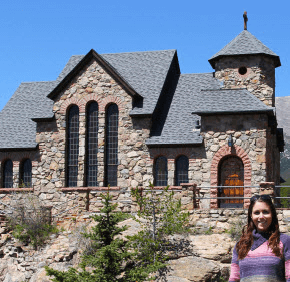 The men had just left morning Mass when they spotted the flames. It was the second Monday of November, and they’d been without electricity since Saturday. Torrential winds had toppled trees and power lines, so they’d been keeping warm with a big fire in their lounge.

St. Malo Retreat Center was a three-story lodge owned by the Archdiocese of Denver and operated by five men from Sodalitium Christianae Vitae, a Vatican-recognized society of apostolic life made up mostly of consecrated laymen and some clergy. The retreat center was tucked behind the storybook Chapel on the Rock blessed by Pope John Paul II during his 1993 World Youth Day trip. It sat at the base of Mount Meeker, the second highest peak in Rocky Mountain National Park.

St. Malo had served as a secular conference center up until 2003, when Sodalitium members moved in and responded to a charge by Archbishop Chaput to restore its Catholic identity. Among them was José Ambrozic, 56, a Lima, Peru, native with brown eyes, a warm smile and a white beard who became director of the retreat center.

Living at an elevation of 8,500 feet was a high point for his soul. José’s room was small, with basic furniture and a twin bed, but his view was expansive. The Liturgy of the Hours and eucharistic adoration anchored his days.

He lived among Rocky Mountain wildlife: elk and black bears, hawks and hummingbirds. He rarely had to leave, driving the community’s green Nissan Pathfinder just four or five days a month. The long winters brought adventure: pick-up hockey on a nearby pond, moonlit snowshoeing with kids on retreat, early morning jogs along Highway 7 when he’d see one or two cars in the span of an hour, the stars sparkling on crusty snow banks.

It also brought the winter gales that knocked out power last November. Despite their vigilance, the fireplace the men had used to keep warm appeared to have ignited a section of the roof near the chimney. They called 9-1-1 and expected firefighters to promptly extinguish it, but crews were hampered by the height of the flames, the lack of water and the ferocity of the wind.

The day pressed on, snow fell and eventually 15 fire companies showed up to battle the surging flames. José and his housemates could do nothing but watch and wait, shivering as they prayed rosaries. The south wing, including their rooms, was completely engulfed. The damage was irreparable, and the building has been shut down indefinitely.

José lost all his possessions in the fire: passports, letters, clothes, religious art, pictures of his parents’ wedding and his library of 4,000-some books – paperbacks and hardbacks with highlighted texts and notes scrawled in the margins, bread crumbs from decades of spiritual and intellectual growth.

“I think sometimes God wants us to travel lighter, to recognize that all we need we’ve got,” he told me. “Nothing happens outside of God’s plan for me, so my reaction was, ‘OK, what does this mean? What does God expect from us now?’”

The five men from St. Malo have dispersed. Some are back in Peru. José is helping at Holy Name Catholic Church in Denver and devoting more time to a doctorate in the philosophy of culture.

One year later he can still close his eyes and conjure life at St. Malo, gazing up at Mount Meeker. “It was very, very quiet,” he said.

Now José waits for the next chapter to unfold. “I’m realizing that we’re always in God’s hands, and God sometimes presents a challenge for the greater good.”

Christina Capecchi is a freelance writer from Inver Grove Heights, Minn. She can be reached at www.ReadChristina.com.