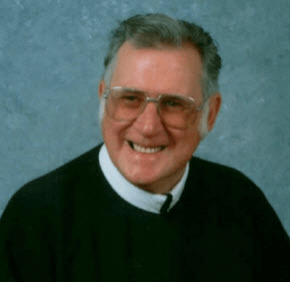 By Catholic Review Staff
A funeral Mass for Redemptorist Father Daniel John Carboy was offered Aug. 26 at Sacred Heart Church in New Smyrna Beach, Fla. Father Carboy died Aug. 22. He was 73.
A native of Brooklyn, Father Carboy professed first vows as a Redemptorist in 1961 and was ordained a priest in 1966.
From 1968 to 1972 Father Carboy served in parochial ministry at Our Lady of Fatima in Baltimore, in extraordinary preaching ministry at Notre Dame Retreat House in Canandaigua, N.Y., and as assistant to the novice master in Ilchester.
For the next 20 years Father Carboy served as an Air Force chaplain in the Archdiocese for the Military Services. In 1992 he retired from the Air Force as a lieutenant colonel.
From 1992 to 2008 he served as a pastor in Concord, N.C., then a pastor in Sumter, S.C., and finally superior at St. Alphonsus Villa in New Smyrna Beach, Fla.
Father Carboy’s ailing health forced him to retire from active ministry after a year of service in Virginia in 2008.
He moved to Stella Maris in Timonium in July.
Father Carboy attended high school at St. Mary’s College, the Redemptorist preparatory seminary in North East, Pa. He completed his novitiate year in Ilchester and his theological studies at Mount St. Alphonsus, the major seminary in Esopus, N.Y., where he was ordained.
For more obituary articles, click here.
PrevNext