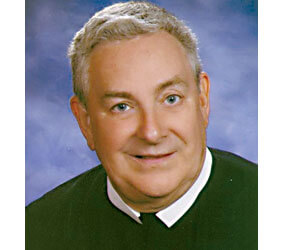 It’s not unusual for Xaverian Brother James Kelly, president of Mount St. Joseph High School in Irvington, to receive a phone call from Archbishop Edwin F. O’Brien, the apostolic administrator of the Archdiocese of Baltimore.

The archbishop often checks on the health of Brother James, who is dying of prostate cancer.

When the archbishop called from Rome in September, however, he had good news: Pope Benedict XVI had conferred upon Brother James, 64, the Pro Ecclesia et Pontifice Medal for his service to the church.

He will receive the medal during a Nov. 20 prayer service at Cathedral of Mary Our Queen in Homeland, where 26 others will also be recognized with papal honors.

“I was quiet for a minute,” remembered Brother James. “I said, ‘Archbishop, you’ve certainly caught me off guard.’ It’s not something you’re ever expecting. If you’re a religious, you do what you do. Teaching and all the things I have done are a reward in and of themselves.”

Brother James, who misses the classroom terribly, has been using the teleconferencing program Skype to teach his British Literature students while recovering from cancer treatments. The pain has become almost unbearable, he says, as “the treatment is worse than the disease.”

He will undergo a transfusion this week in hopes of bolstering his strength so he can make the papal honors prayer service.

Brother James has been remarkably candid about his impending death and recently wrote a letter to the school community.

“I have known since I was diagnosed with stage four metastatic prostate cancer three years ago, that what I have is treatable but not curable,” he wrote. “I have given cancer a very good fight, but as I always knew, it is a fight I am not going to win.”

He continued: “There comes a point in cancer when you know that you have just had enough. I have had every drug and therapy they can find at Johns Hopkins. If they find anything else new, I will not take it. I am at peace and ready for the journey to end.”

Brother James told The Catholic Review that he is still mobile and regularly prays for everyone he knows who has had or is suffering from cancer.

The second-longest serving president in Mount St. Joseph history, Brother James informed the school’s board of directors that it should seek his successor soon. He also said that he hopes to die as president, as did three Xaverians before him.

Although resigned to his fate, Brother James said his illness is “a gift from God,” and that he feels a kinship with the suffering of Christ.

“I know that suffering is redemptive,” Brother James said. “Somehow, this is all God’s plan. It’s made me a better man and a better religious.”

As his life nears conclusion, Brother James believes death is only the beginning.

“It’s not something to be afraid of,” he said. “It’s going on to something completely new that we can’t even imagine.”