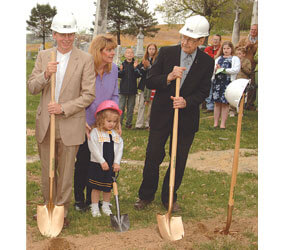 Nothing was going to keep Deacon Michael Misulia from assisting Masses – not illness or age – at St. Peter the Apostle in Libertytown.

Deacon Misulia, who died Oct. 30 at age 93, was still assisting Masses until this past summer and driving until recently. A funeral Mass was to be offered Nov. 3 at the parish. His commitment inspired parishioners and Father Jason C. Worley, pastor of St. Peter the Apostle.

“He was always very dedicated,” Father Worley said. “It was a beautiful image and kind of reminded you of Pope John Paul II. Everybody kept thinking, ‘Why doesn’t he retire and step down?’ Deacon Mike, up until the beginning of the summer, was coming to daily Mass and serving.

“On weekends he would always serve at the Saturday night vigil Mass. Even though he needed some help getting up the steps, he was always there and very happy to be there.”

Raised in New York in a Russian Orthodox family, he converted to Catholicism. He was married to his wife, Josephine, for 48 years until she died in 1988. The couple was active at St. Peter’s, singing in the choir and helping with the Society of St. Vincent de Paul.

Deacon Misulia, who was ordained in 1978, played a vital role in the parish’s current church building.

When the parish’s second church, originally constructed in 1871, was consumed in a fire, plans were formulated for a replacement. Using his background as a retired surveyor, Deacon Misulia examined the plans and determined a larger church could be built on the location if it was set on a diagonal plane. He was right and the new church was dedicated in 2008.

“It was through him that the (parish) is able to have the magnificent church we have now,” Father Worley said. “I always said that we should have a statue of him next to St. Joseph holding a ruler or something.”

Deacon Misulia’s faith was strong and it was not uncommon to see him place his hand on a statue of the Blessed Virgin Mary after Mass.

“He had a great devotion to our Lord and Mary,” Father Worley said.

The pastor said parishioners will likely be thinking of their longtime deacon at the parish’s Nov. 12 fall festival, an annual event in which he would dress up in costume and take part in a show. When Deacon Misulia returned from various illnesses, people would tell him he was missed.

Parishioners reacted with gasps and tears as they heard of his death at Oct. 30 Masses.

Father Worley recounted hearing the news: “I got a call from his son, Michael Jr., and he said ‘I just want to let you know my dad passed away this morning. As the sun was rising on snowy autumn day, dad was passing away.’ ”