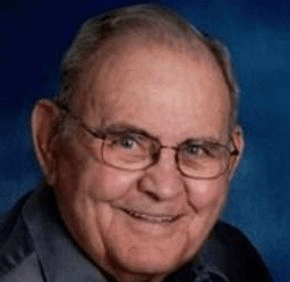 A funeral Mass for Deacon John Parrish, who ministered at Resurrection of Our Lord in Laurel for 16 years, was offered June 10 at St. John Neumann Catholic Church in Charlotte, N.C.

Born and raised in Cresson, Pa., Deacon Parrish was ordained to the diaconate Oct. 29, 1983, and immediately assigned to Resurrection of Our Lord, where he served in youth ministry and adult education.

Ray Szyperski, a founding parishioner of that faith community, said that long before Deacon Parrish’s ordination, he was instrumental in the effort in establishing Resurrection – which got its first pastor in 1968 – from what was originally a mission of St. Lawrence Martyr in Jessup.

“He was a very devoted family man, and the type that wanted things for them rather than himself,” Szyperski added.

He also noted that Deacon Parish had been a driving force in establishing the Catholic Youth Organization at Resurrection.

“His kids and mine were instrumental in running it for the youth of the parish,” Szyperski said, adding that Deacon Parrish used his connections to pull in outside help.

“He knew quite a few people in the community,” Szyperski said. “He got a guy involved in the civic association rec council to get involved in CYO baseball, softball and basketball.”

According to Szyperski, Deacon Parrish took a very “hands-on” approach to his ministry, getting to know people personally.

“It wasn’t just that he would see them once a week on Sunday,” Szyperski said.

Deacon Parrish remained at Resurrection until 1999, when he left for North Carolina to be closer to family.

He ministered for the Diocese of Charlotte until his retirement in January 2014.

Deacon Parrish is survived by his wife of 57 years, Pauline, and five children – Bonnie, Reba, Janice, Kimberly and Ronald – as well as 13 grandchildren and two great-grandchildren.