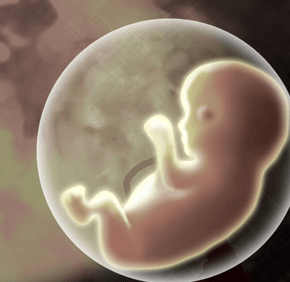 By Maria Wiering
mwiering@CatholicReview.org
Twitter: @ReviewWiering
Three years after launching a donation program, Mercy Medical Center is trying to boost the number of patients who donate their newborns’ umbilical cord blood for use in potentially lifesaving treatments.
The Baltimore hospital has collected about 20 cord blood donations in the past year, said Dr. Robert Atlas, Mercy’s chair of obstetrics and gynecology. It is a number with great potential to increase – Mercy has 200 to 275 births per month.
For Atlas, cord blood donation is a matter of saving lives, he said, which is why he is spearheading a department-wide education campaign to increase awareness of the option among doctors and patients.
Stem cells from the blood can be used to treat more than 80 illnesses, according to the Arizona-based Save the Cord Foundation, a national cord banking and donation education organization.
Mercy is positioned to help fill a particular need: cord blood from ethnic minorities, who are underrepresented, and therefore less likely to find a match, in the National Marrow Donor Program, which maintains records of bone marrow donors and umbilical cord blood samples. Sixty to 80 percent of the hospital’s births are to non-Caucasians.
“I’ve been disappointed in a sense that we have not been as successful, but I have new strategies that I will hopefully put forth within the next couple weeks in order to improve it (the donation rate),” Atlas said. “You have to have a true, concerted effort to want to make this more successful.”

Part of Atlas’ challenge is the buy-in of his team of physicians, he said. He’s not sure why some of his doctors do not do more to encourage patients to donate.
Completing the necessary paperwork to donate cord blood can be onerous, Atlas said, but cord blood collection does not otherwise interfere with the birthing process.
Mercy donates cord blood through the Florida-based Lifeforce Cryobanks’ cord blood storage program, Cord for Life. The hospital began collecting cord blood donations in 2010 through a different cryobank, but the relationship dissolved.
St. Agnes Hospital in Catonsville is in a similar situation. It launched a partnership with Lifeforce Cryobanks last year, but has collected only four samples. Like Mercy, its leaders are trying to educate its patients about cord blood donation in multiple ways, from pamphlets to conversations with doctors, and hope to increase donations from minority populations.
Dr. Ishrat Rafi, St. Agnes’ medical director for cord blood donation and an obstetrician and gynecologist, said while she would love to see all of St. Agnes’ obstetrics patients amenable to donation, she hopes the hospital can reach a 10 percent donation rate. The hospital sees an average of 160 births per month.
“This is a free collection, a free process, and I don’t understand logically why anyone would say no, unless they don’t understand,” Rafi said.
Mercy and St. Agnes are the only Maryland hospitals with cord blood donation programs. Patients birthing elsewhere can arrange to donate their newborn’s cord blood directly through LifeForce Cryobank if they make arrangements in advance.
Nancy Paltell, a local volunteer with the Save the Cord Foundation who helped Mercy and St. Agnes establish their programs, is working with the hospitals to increase the number of donations. She said the biggest barriers to cord blood donation are patients’ lack of awareness, patients’ suspicion of the collection’s purpose or their child’s cord blood use, and lack of cooperation from doctors.
Paltell is hopeful that attitudes will change with more education.
“We want this to be the standard of care,” she said. “Why would you throw it (the cord) away?”
Both Atlas and Rafi said cord blood donation is competing with another birth trend – parents choosing not to cut the umbilical cord until it has stopped pulsating blood from the placenta into the newborn, a practice that reduces or eliminates the amount of cord blood available for donation.
With parents inclined to let the cord pulsate longer than normal, Rafi hopes to achieve “a happy medium” – delaying cord clamping and cutting, while leaving some blood to donate.
Not everyone can donate their newborn’s cord blood. Many of the same diseases or conditions that prevent people from donating blood, such as HIV or Hepatitis B, also prevent cord blood donation. Some parents choose to bank their child’s blood privately rather than donate it, but the cost – about $1,000 to $2,000 plus annual storage fees – can be prohibitive.
Only 10 to 20 percent of donated cord blood specimens received by cryobanks are eligible for banking, due to size and other factors, Atlas said. By that rate, only a few cord blood samples collected last year by Mercy and St. Agnes were acceptable for banking.
“I would like to see people really say, ‘I want to donate, I want to try to help my fellow human beings out,’” Atlas said. “I think we really have something here that can do some good for humankind.”
Also see:
13 fun facts about the 13th annual running festival
PrevNext