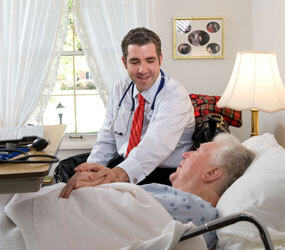 WASHINGTON – In December 1971, Monsignor Harrold Murray, who oversaw health care issues for the U.S. bishops, predicted that the federal outlay for health care, which was $26 billion in 1960, would grow to more than $100 billion by 1974.

Even so, he said, the desire for all Americans to have quality health care at a reasonable price would be the “most torrid” issue in the1972 elections.

That prophecy didn’t come to pass. However, Medicare costs have already proven decisive in a special election held in May to fill a vacancy in the U.S. House.

The Republican, Jane Corwin, backed “The Path to Prosperity,” a budget proposal by U.S. Rep. Paul Ryan, R-Wis., that would, in 2022, change Medicare into a program of vouchers to be used by future beneficiaries to buy private insurance through a federally created exchange. It will not affect seniors already enrolled in the program or those now 55 who will retire in 10 years.

The Democrat, Kathy Hochul, hammered away at Corwin’s support of the plan, vowed to preserve Medicare and won a seat representing western New York that had been in Democratic hands for only 10 of the past 58 years.

Although would-be Medicare reformers have yet to translate Ryan’s plan into success at the polls, it has already demonstrated to be, at least for the time being, a third rail in GOP politics. After Republican presidential aspirant Newt Gingrich called the Ryan plan “right-wing social engineering” on a Sunday morning talk show, he had to eat his words in the face of withering criticism by fellow Republicans.

When Medicare was passed by Congress in 1965, it was a compromise between lawmakers who wanted it to be part of Social Security and lawmakers who wanted to make it a voluntary plan. It provided hospitalization, nursing home care, home nursing service and outpatient diagnostic services for all Americans over age 65 through expansion of Social Security. An additional government insurance program paid for doctor bills and some health costs for those who contributed $3 as month in premiums, with the federal government providing matching funds.

Now, workers and employers each pay a 1.45 percent tax to help finance Medicare. But in a report issued in May, Medicare was projected to run out of funds in 2024 – five years earlier than what was projected just a year ago. The program has been affected by the same skyrocketing health care costs hitting workers and their employers.

The American Academy of Actuaries said in a May issue brief that to keep Medicare solvent, either a 17 percent hike in the tax rate, a 24 percent cut in benefits, or some combination of the two would be needed. Stalling benefits nobody, it added. “Delaying action now would require more drastic actions in the future,” the actuary group said.

Or, is the solution to put even more people on Medicare? New York Times columnist and Nobel Prize for Economics winner Paul Krugman thinks so. In a June 12 column, he said that Medicare spending per beneficiary, after adjusting for inflation, rose more than 400 percent from 1969 to 2009, but premiums on private health insurance rose more than 700 percent over the same period.

The old bromide “an ounce of prevention is worth a pound of cure” could go a long way to easing the Medicare shortfall, according to Florence Clark, president of the American Occupational Therapy Association, especially in an era where baby boomers will swell the ranks of the aged.

Elderly Americans are already subject to shorter hospital stays because of the cost, she told Catholic News Service in a June 15 telephone interview. When they get home, they and their caregivers are frequently ill-prepared to retrofit the home to avoid aggravating their injury or condition, Clark said. This results in growing rates of rehospitalization within 30 days of the patient’s initial release.

Retrofitting homes to accommodate seniors, according to one association study issued this year, would cost about $44,000 on average, Clark added, but that pales in comparison to the $144,000 annual bills for assisted living and nursing home costs.

Mike Rodgers, the Catholic Health Association’s senior vice president for advocacy and public policy, told CNS in a June 16 telephone interview that before the House voted on budget cuts, “we drafted a letter to all members of Congress urging restraint on the massive changes they were talking about” – although, instead of “massive,” Rodgers noted the letter used the word “comprehensive.”

Regarding Medicare specifically, “we always felt that as a social insurance program for the elderly it has worked well. Not perfectly, but well,” Rodgers said. “I don’t know of any Catholic hospital that would be willing to drop its Medicare business at this point. It provides one measure of medical security for people who cannot purchase a (private insurance) policy.”

Rodgers said there are initiatives hospitals can take to trim costs and improve health outcomes at the same time, like efforts to cut the frequency with which patients acquire conditions while in the hospital; better collaboration between hospitals and post-hospitalization facilities; and better purchasing procedures. Outside of that, “there are things in the Affordable Care Act (made law last year) that we like” to cut costs, he added. “Let them work first … instead of radical surgery to the (Medicare) program.”

If Medicare, like Social Security, proves to be too popular to tinker with because of the vote-rich senior population, budget cutters may set their eyes on Medicaid, which serves a much poorer population that does not turn out at the polls with the same force.