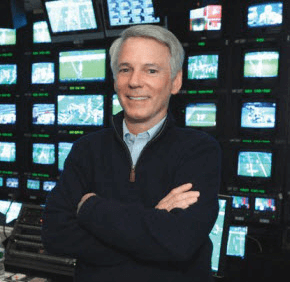 CBS Sports chairman Sean McManus will speak at the 2012 commencement for Notre Dame of Maryland University, May 26 at the Baltimore Convention Center.

The historic ceremony will mark Notre Dame’s first as a university and will be the final official event of Dr. Mary Pat Seurkamp’s 15-year presidency.

More than 700 students from graduate and undergraduate programs will receive degrees.

A five-time Emmy winner, McManus is the son of two friends of the institution, the late Notre Dame alumna Margaret Dempsey McManus, and the late James McManus, better known as Jim McKay, the host of ABC’s Wide World of Sports.

Mount St. Mary’s University will hold its 204th commencement May 13 at its Athletic Recreation and Convocation Complex. The address will be delivered by Veryl Victoria Miles, dean and professor of Law at The Catholic University of America Columbus School of Law.

Along with two decades of teaching law, Miles has served in administrative leadership positions at Catholic University. During a leave of absence from the school from 2001 to 2003, she served as deputy director of the Association of American Law Schools, which comprises 172 law schools.

More than 500 students from graduate and undergraduate programs at the Mount will receive degrees.

Loyola University Maryland will mark its 160th commencement May 19, at 1st Mariner Arena in Baltimore. More than 1,700 students from graduate and undergraduate programs will receive degrees.

The address will be delivered by Jesuit Father Greg Boyle, the founder and chief executive officer of Homeboy Industries, according to a news release the largest gang intervention program in the country.

An expert on gangs and intervention approaches, the Los-Angeles based Father Boyle appeared at the White House Conference on Youth in 2005 at the invitation of First Lady Laura Bush. His first book, “Tattoos on the Heart: The Power of Boundless Compassion,” received several awards.